One of the cool things about FoG that was never reflected in Tactica (another rule set popular in the '80s) was the baggage camp.  The Romans being who they were used fortified camps.  FoG allows you a 40mm x 80mm area to represent this.  I ordered the Roman Fort and tents from Baeuda.  The small area allowed some parts of it to fit quite nicely in this camp stand. 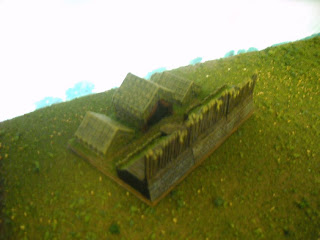 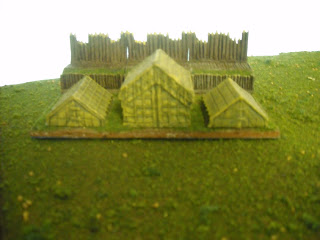 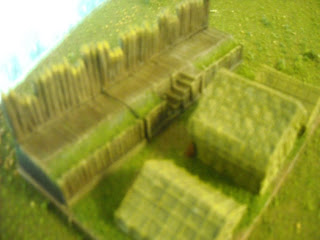 It looks empty so posed in context and populated with some units will breathe some life to this plain camp.  Here's the camp manned and guarded by Italian Allies with Numidian elephants (which are still one of my favorite ancient units) and Light Cavalry. 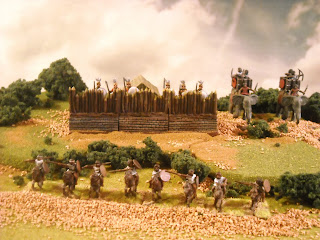 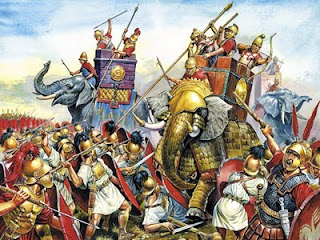 Meanwhile two squadrons of the Equites ride by in column on the way to the battle line. 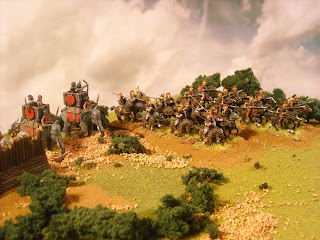 And let's not forget the generals: Consul Scipio Africanus and his two subordinate commanders: Crismus Bonus and Nefarious Perpus. 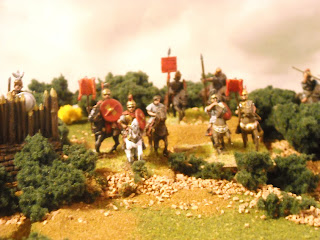 Posted by Herrodadog at 7:28 PM