Here's the latest project on my table. Conversion of the board game Samurai Battles to another miniatures game using Hexon and 6mm Baccus Samurai figures. 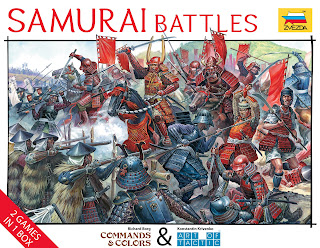 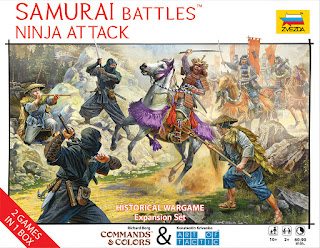 However, I didn't like the aesthetic look. To me it does not capture the epic scale that I've seen in those Kurosawa films (Ran, Kagemusha, etc.) and gives me the impression of a small unit / skirmish game feel. Hence my conversion.


The following pix are progress shots of this current project. As you can see below the 6mm scale gives a better visual for some truly epic battles. Incidentally, our group has been doing the same for most of the Command and Colors family of games (e.g. Memoir 44, Battle Cry, Command and Colors Ancients and Napoleonics). And we've been having great success in the look and feel complemented by the great playability of this system.


I've decided to take a count of all the units in the scenarios and represented them as single stands. All combat units except the Peasant Infantry (found in the expansion) are 4 stands strong. Meaning they take 4 hits to kill. That's represented by four figures per stand in the original game. I chose to use single 2"x3" metal stands from Games Accessories... 4 banners each...

Notice that some of the minis are black primered. In my earlier attempt, I primered a few bags and realized that it was better for me to restart the process and get them all sorted in their respective units first then I can paint them piecemeal. 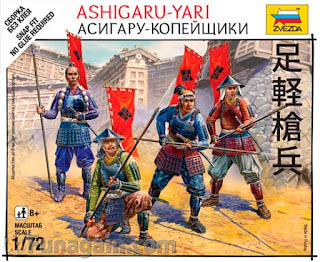 Continuing my series of re-purposing found objects from the different craft worlds online and in brick and mortar sites I found these great pre-painted metal gate and fence on a popular seasonal decoration on line store: Department 56 Village Replacements http://www.department56corner.com/.

Here's a tip: their store is not that organized and have lots of variety. If you do find something that you like, better to pull the trigger then and there since you might not find it the next time. 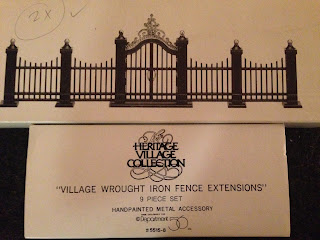 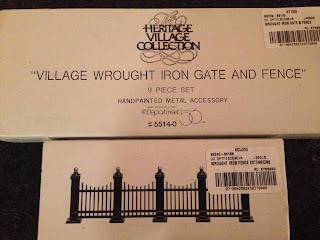 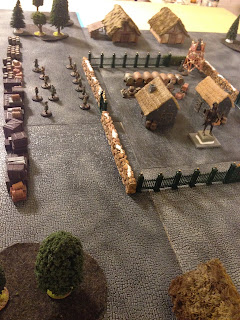 It's that time of year again where I discover some great finds from my local, neighborhood dollar store.

Just a serendipitous find. As usual, I kept my eye peeled for any potential item that can be used for all my gaming needs. Case in point, I looked at these plain, unobtrusive objects with a miniaturist's eye and always imagined how they can be utilized as part of a scene on my gaming table. 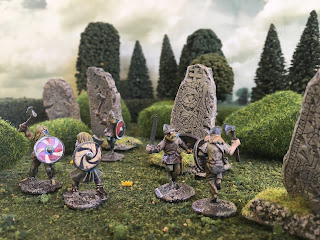 Incidentally, those pines trees were an earlier purchase from same Dollar Tree and was featured in an earlier post: New Scav Alert! Part 1
Posted by Herrodadog at 2:41 PM No comments: