Not that Stuart!
Rather this one. 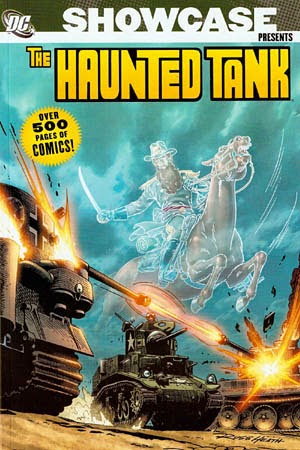 Again, straight from Warlord, another US tank sent to the Soviets under the Lend Lease program. The Stuart wasn't really popular with the Soviets but gives this war gamer some variety to choose from. It's always fun to have these little guys battle it out as opposed to the proverbial tank vs tank clashes with the T34/85s vs Panthers, Tigers and King Tigers, oh my! 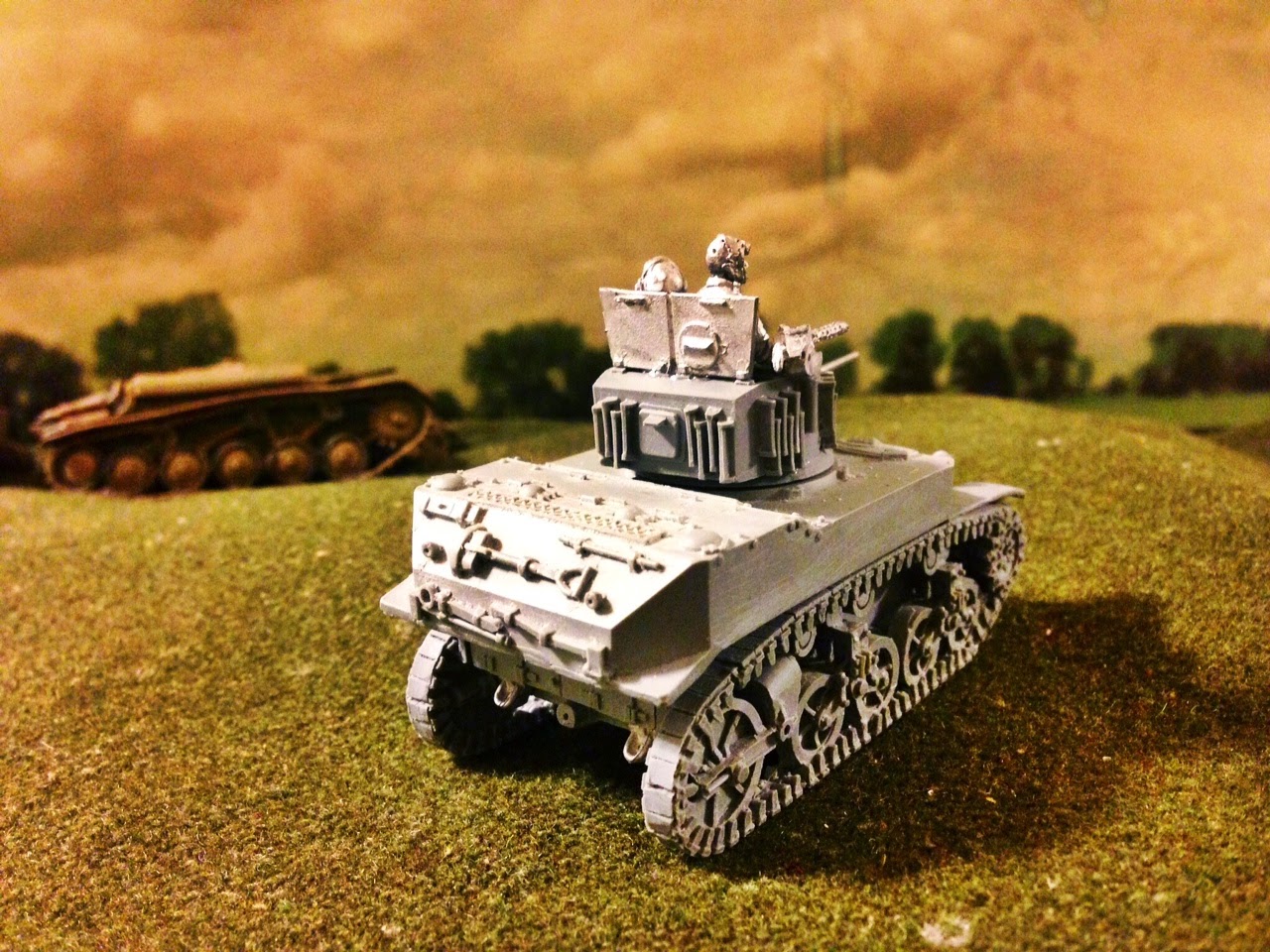 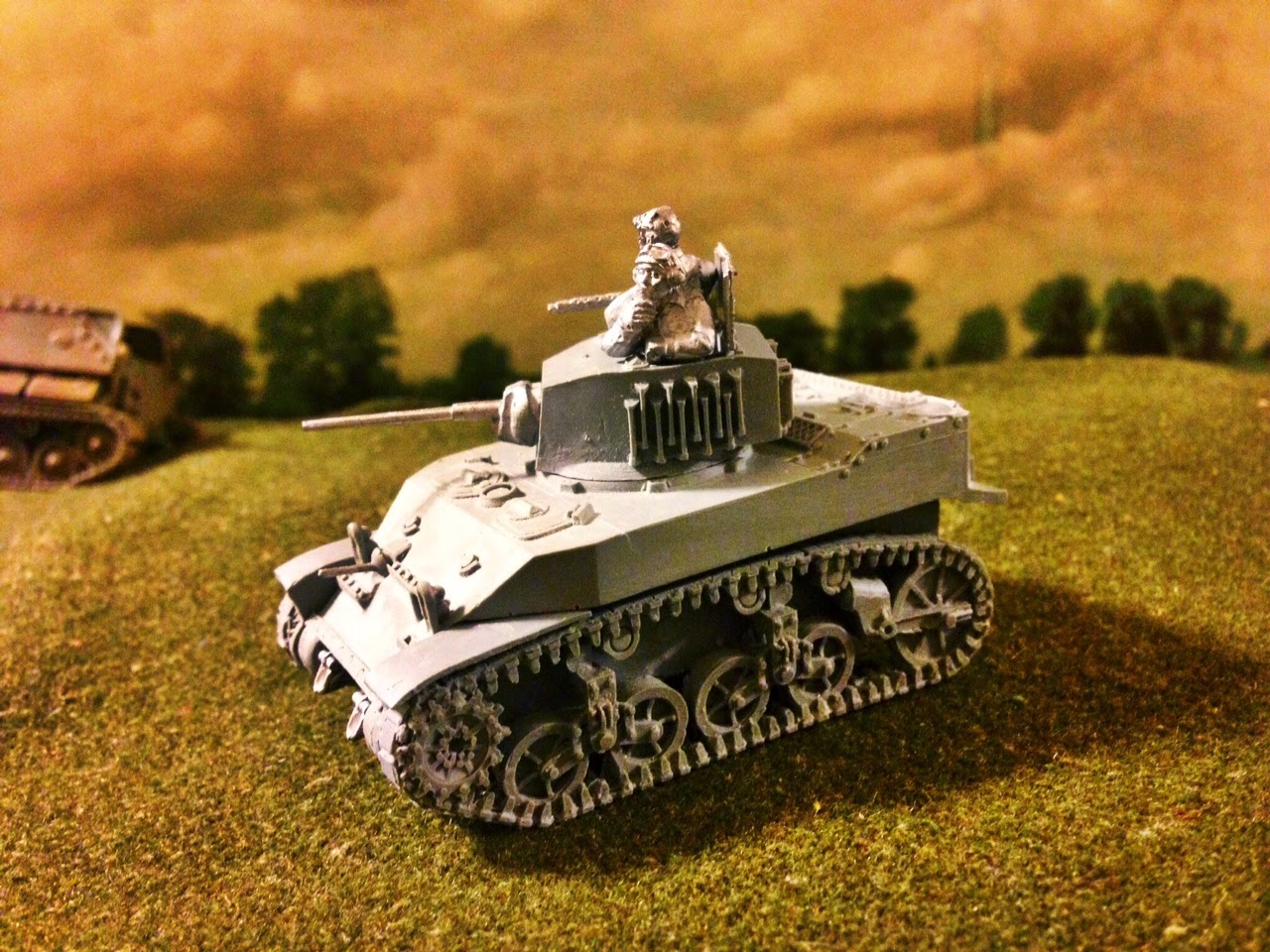 Posted by Herrodadog at 7:03 PM No comments: Links to this post

This all metal model of the T70 2-man tank from Black Tree Design was easy to assemble and paint. 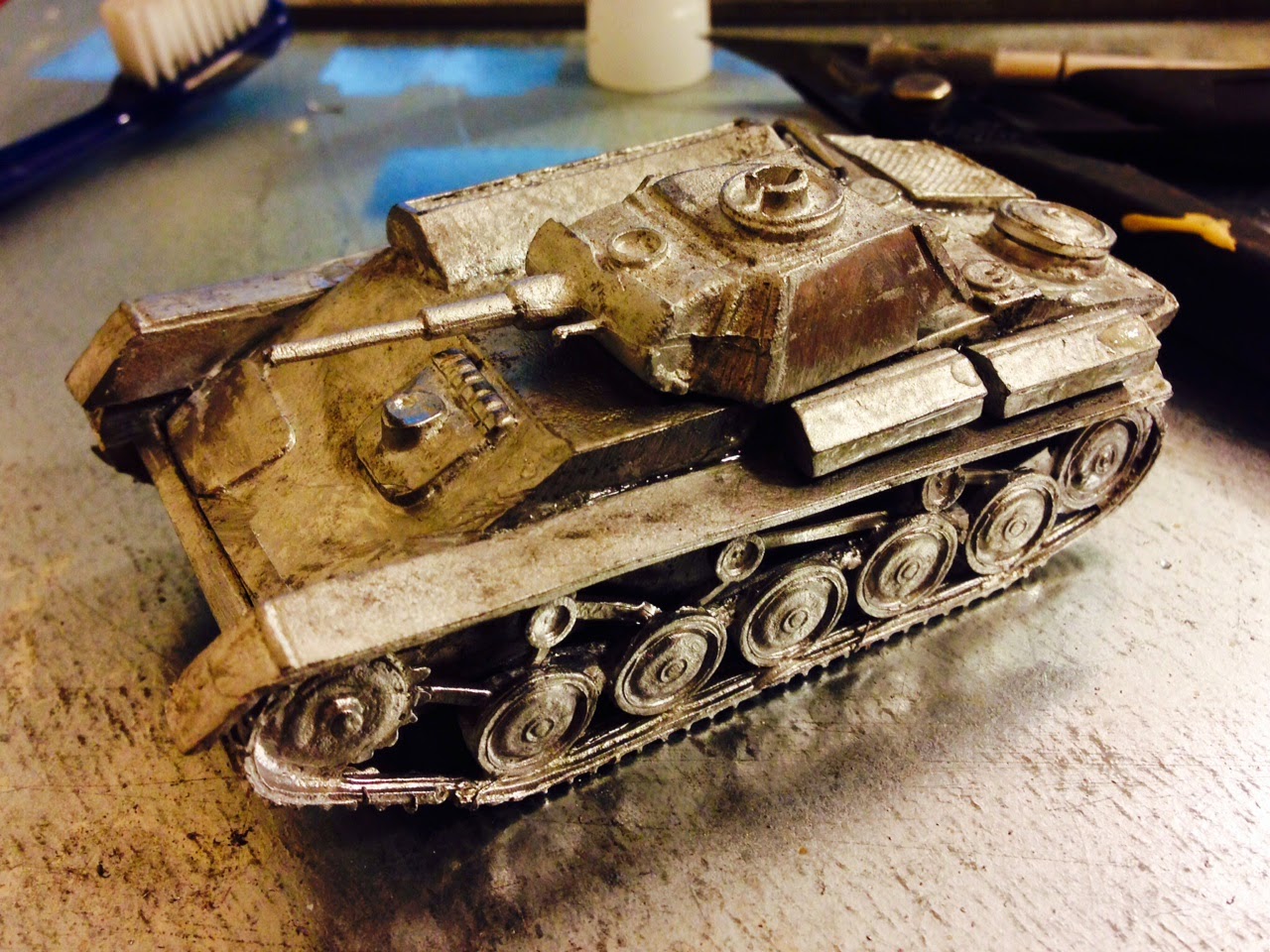 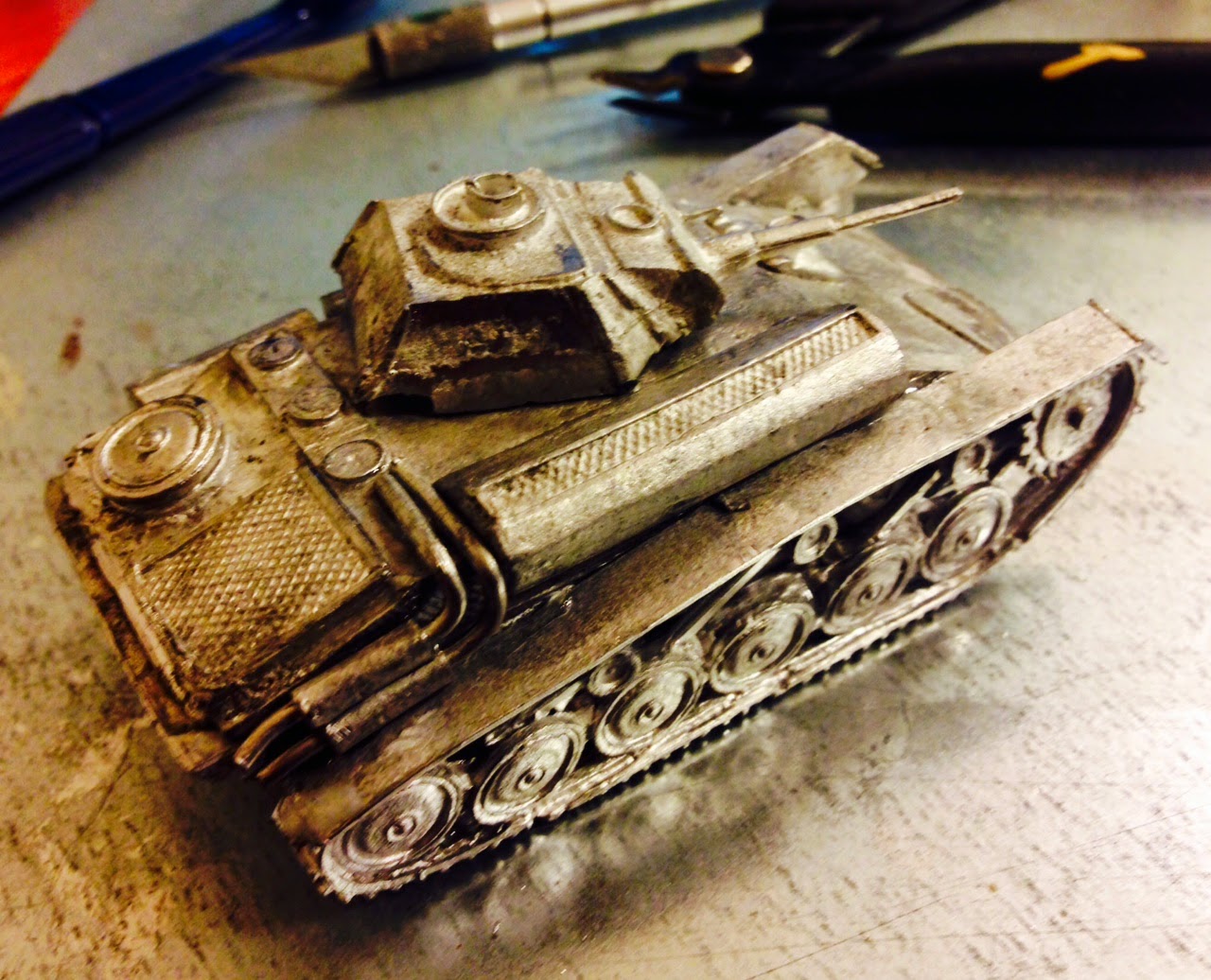 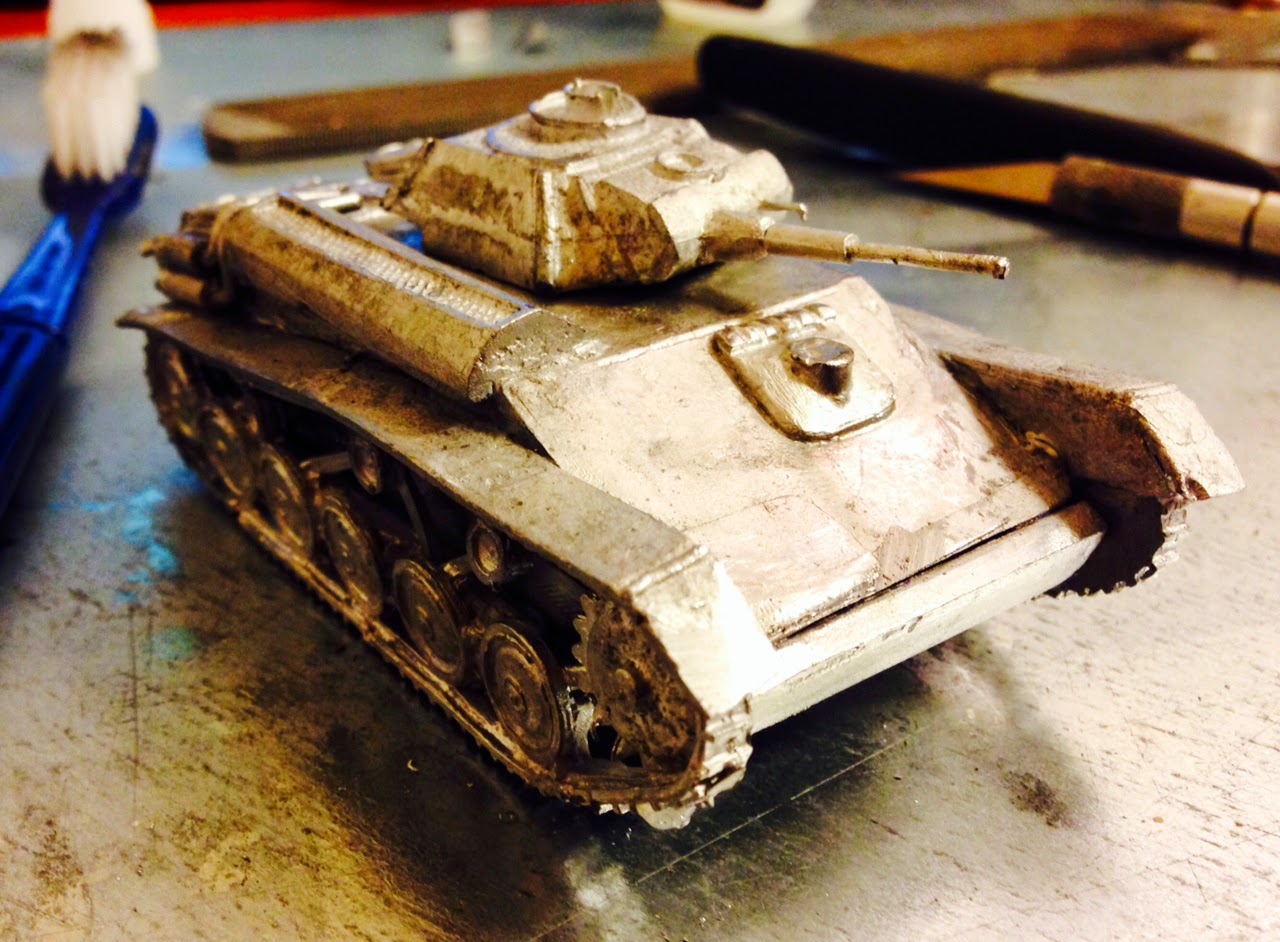 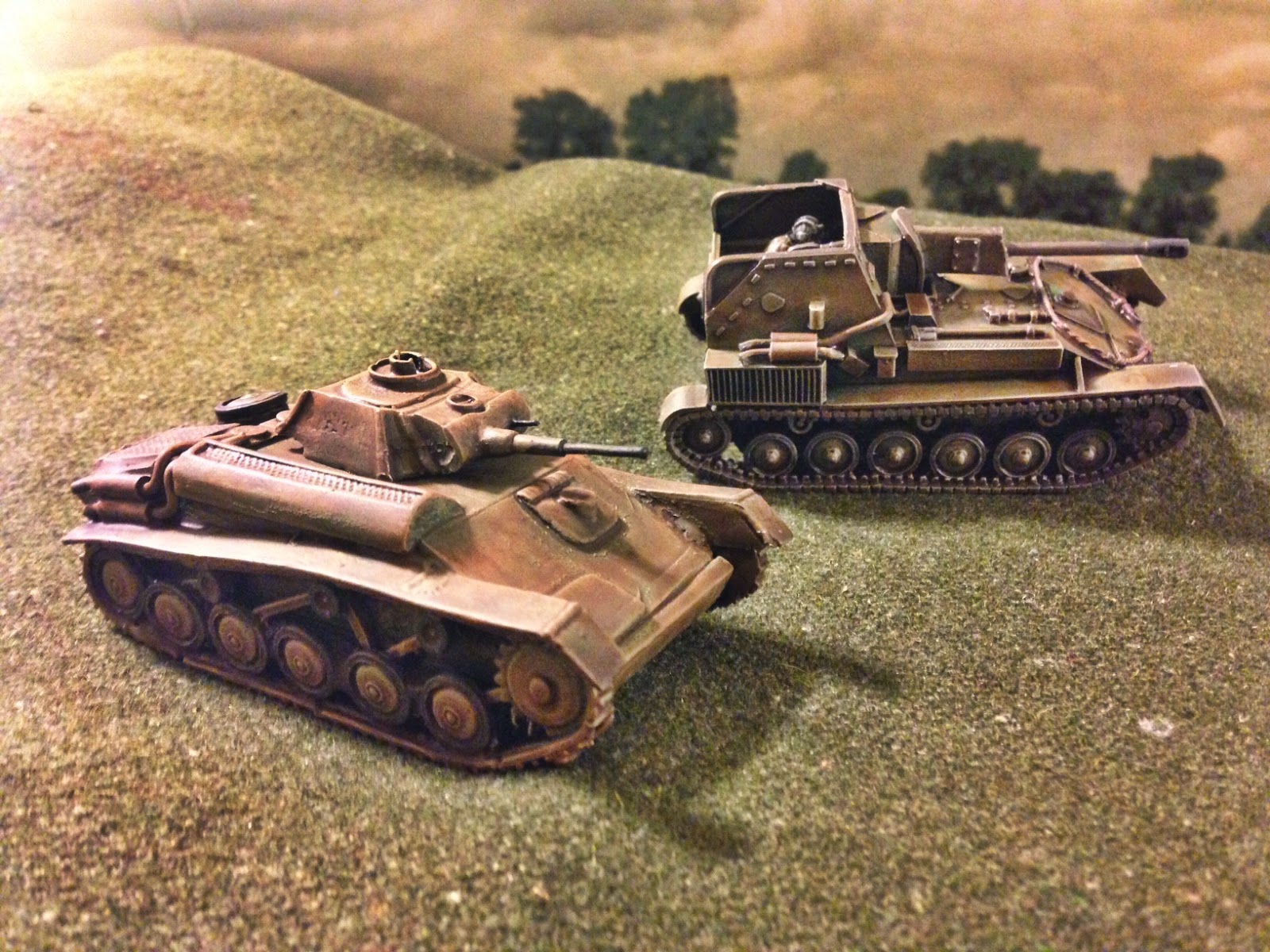 Since these photos were taken awhile ago, I've since used these vehicles in a couple of light tanks with infantry engagements for Bolt Action. To be posted soon in the near future.
Posted by Herrodadog at 7:24 PM 3 comments: Links to this post

WIP: Soviet and German Armored Cars, Part 2: How RAD is that SdKfz 231?

Another favorite of mine, the German 8 wheeled armored car: SdKfz 231 (8-rad). Just assembled and ready for priming. What's not to like:
and how sexy can you get in an armored car? Want more info? Go here for everything you always wanted to know about the 8-rad but were afraid to ask: 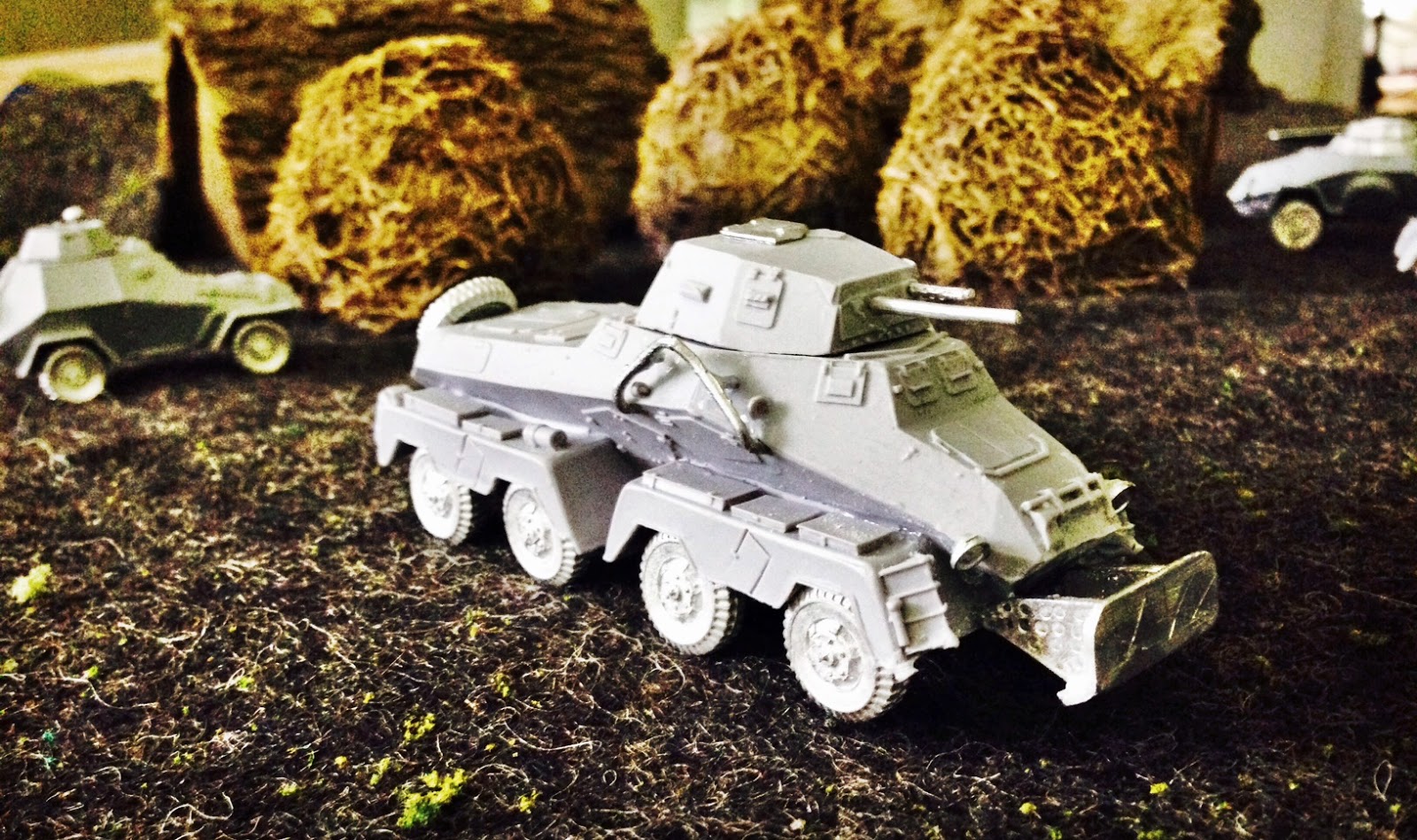 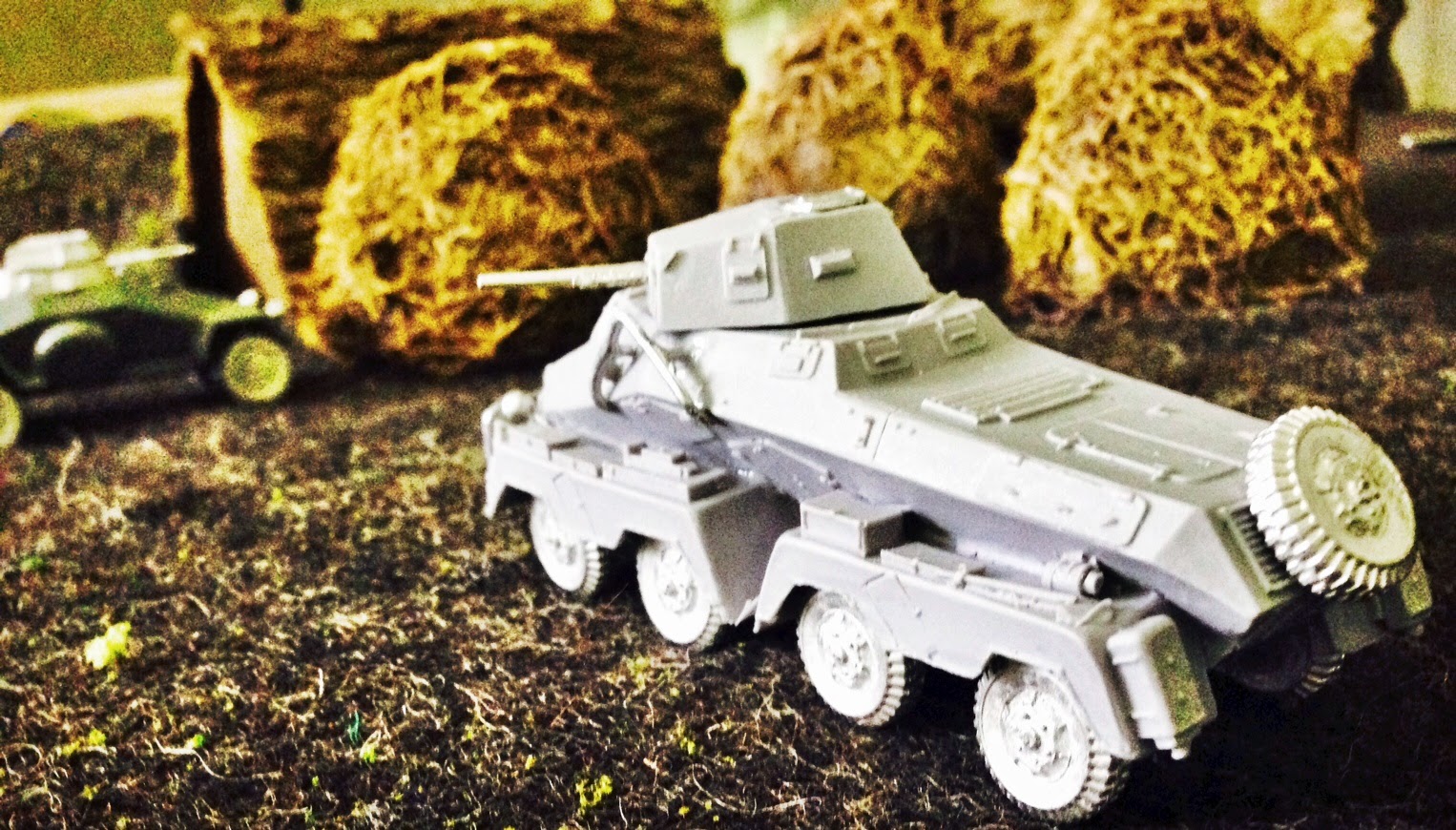 Posted by Herrodadog at 1:36 PM No comments: Links to this post

Recent acquisitions from the Warlord for use with upcoming small unit, Bolt Action skirmishes. I've always dreamed of armored car vs armored car scenarios with lots of infantry support battling it out.

Posted by Herrodadog at 7:54 PM 2 comments: Links to this post

The Streets of Stalingrad, Part 2: A Bolt Action Meeting Engagement

And now the long awaited outcome from Part 1: on three sections of the table, the battle continues... 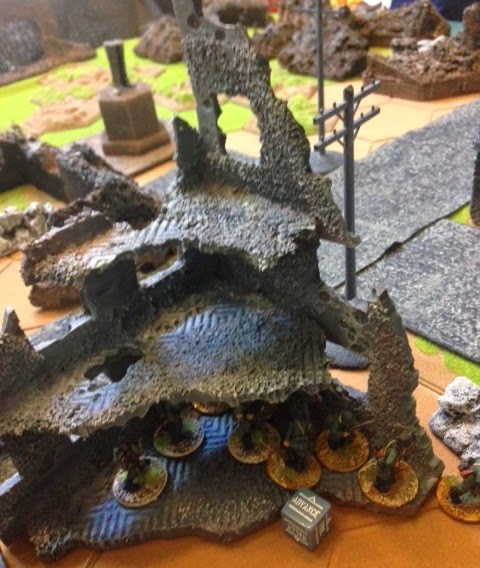 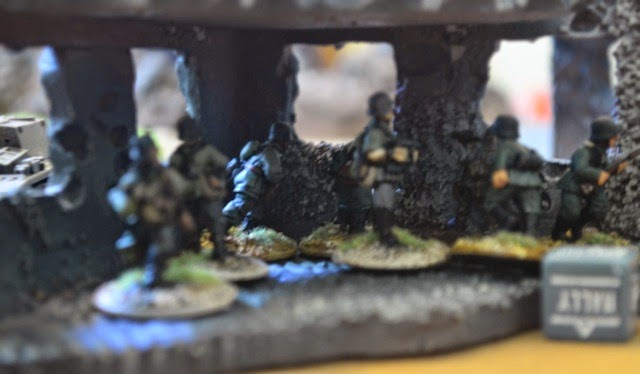 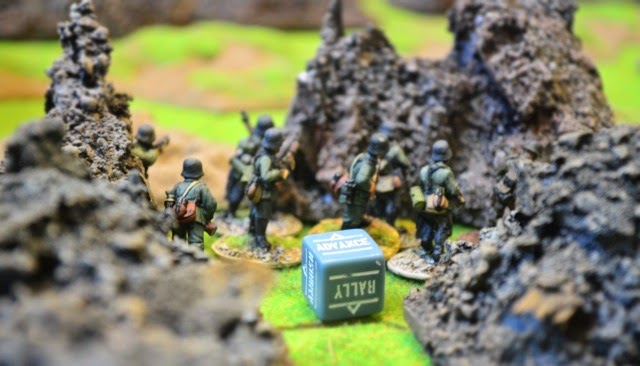 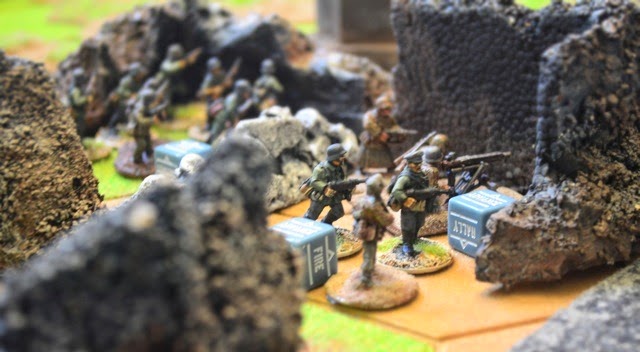 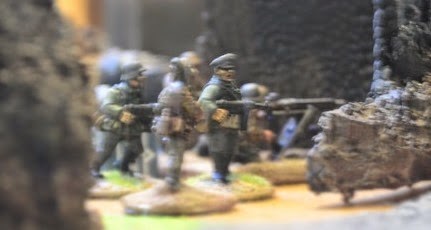 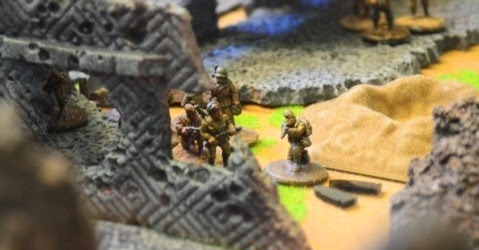 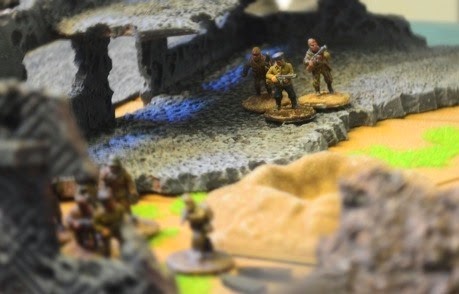 Soviet Command element braves the open street and runs into the Stug then quickly ducks into a building.


The Stug with no target in sight stalks the streets in search of one. 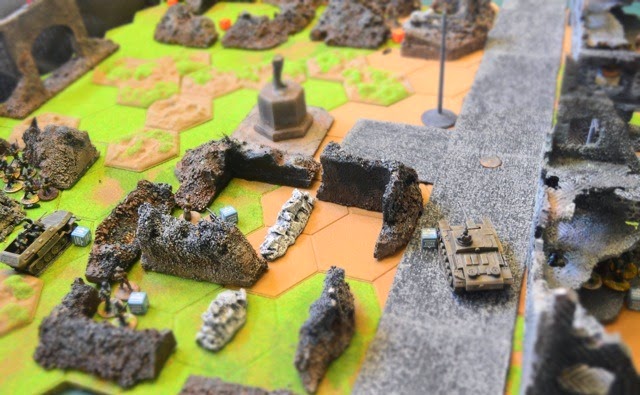 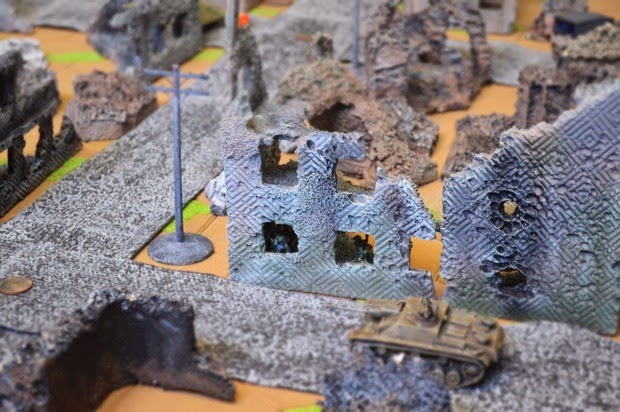 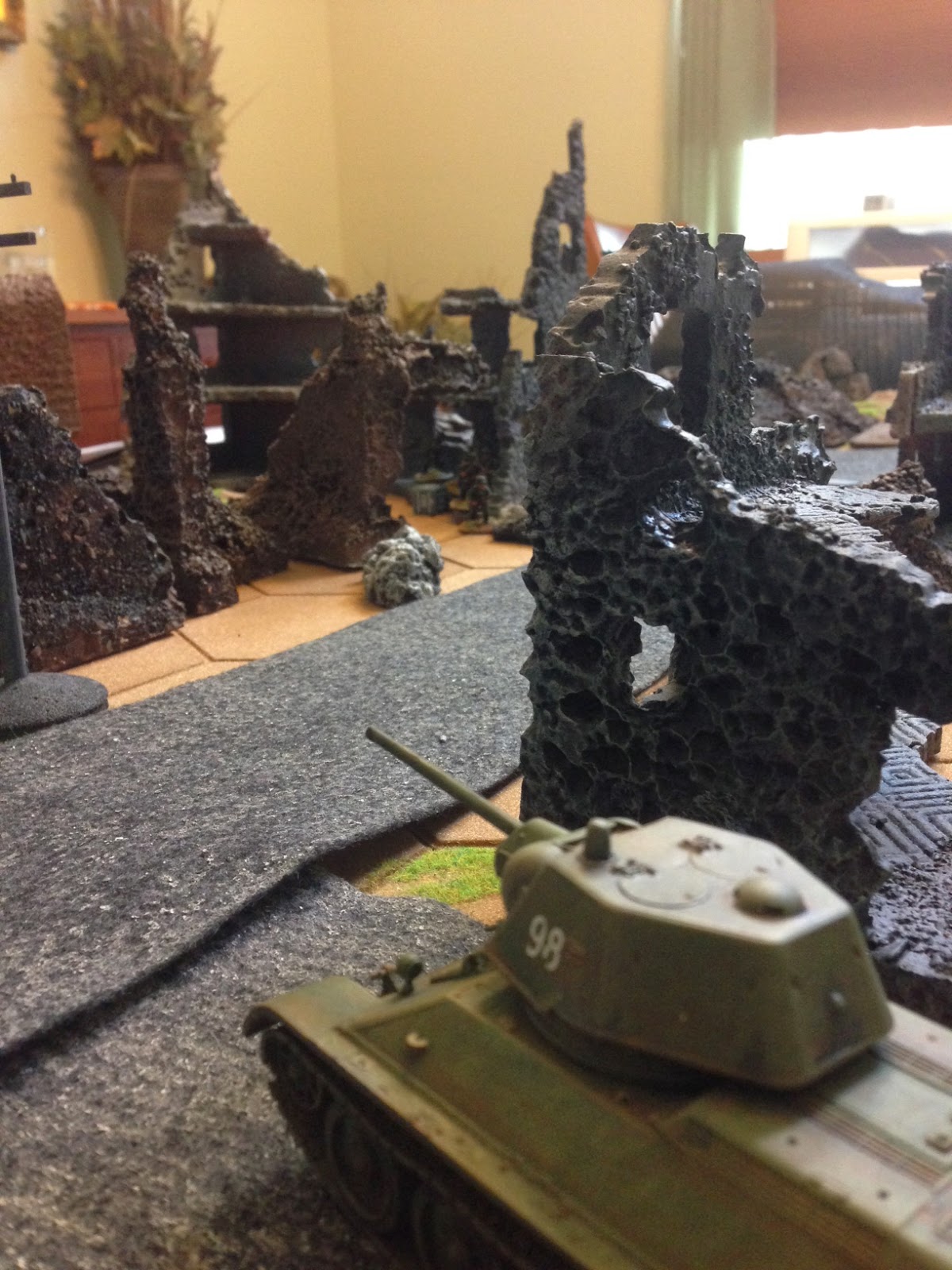 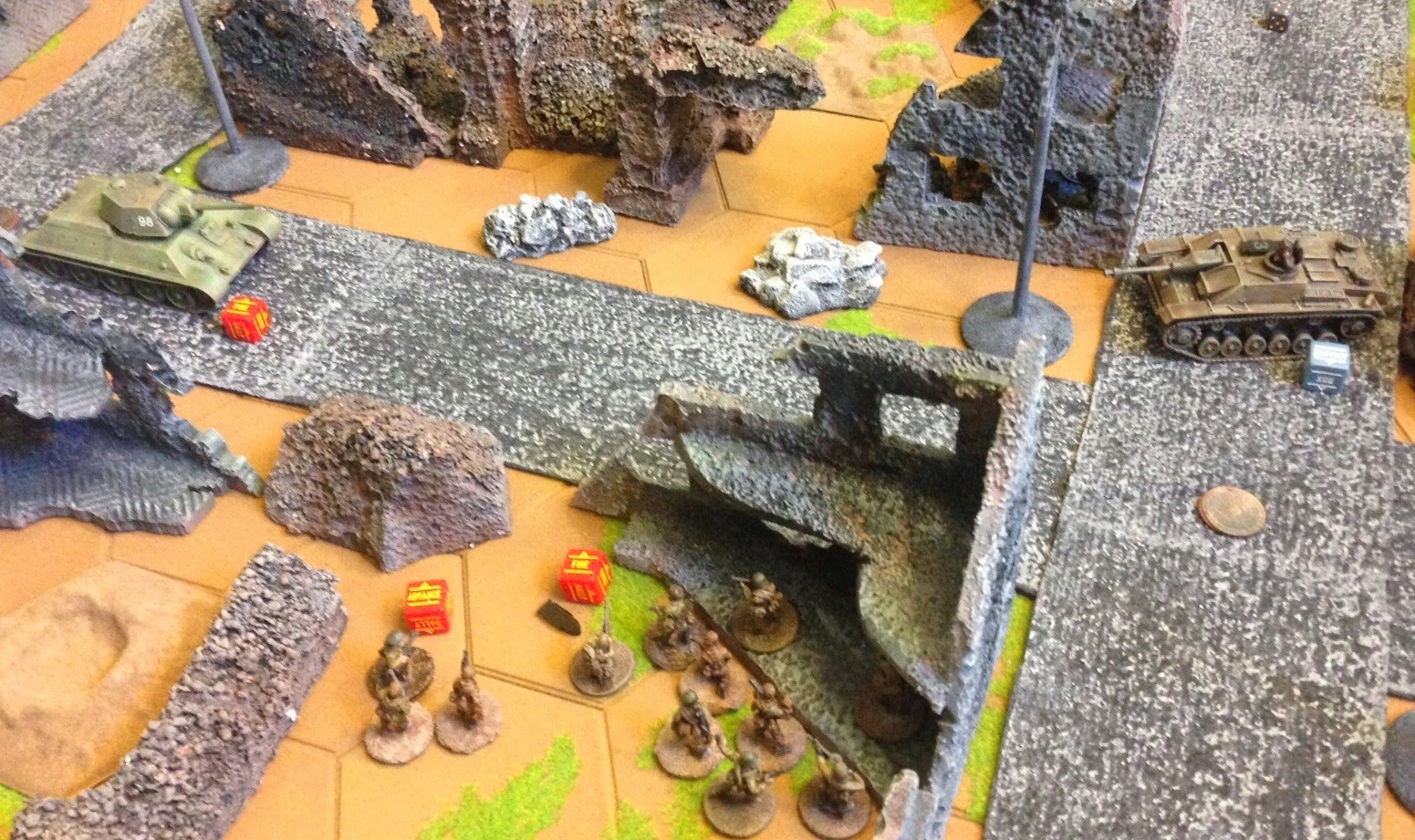 The T34 comes out to play as the Soviet infantry looks on. 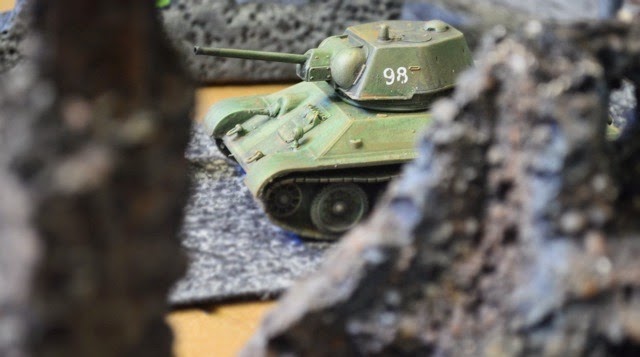 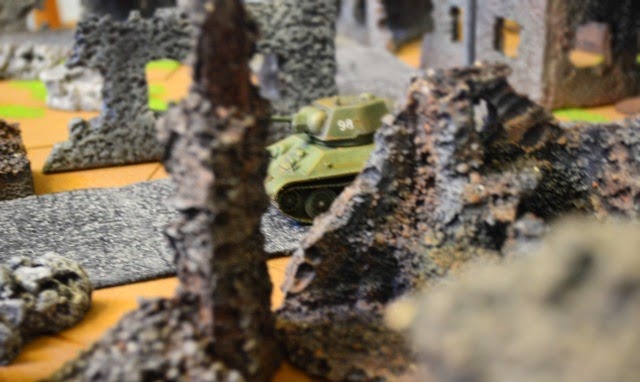 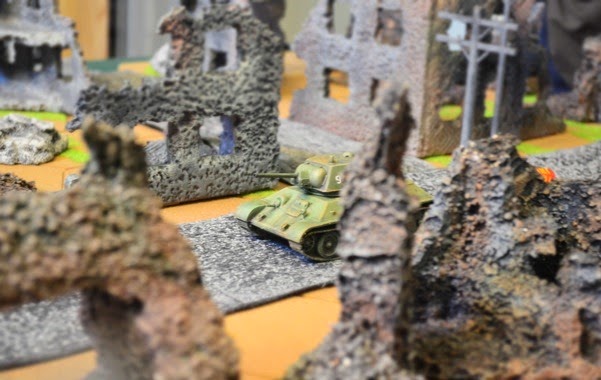 Shots were traded but no hits scored for both AFVs. Meanwhile on the far left flank another showdown between the HT and an SU76 is about to begin. 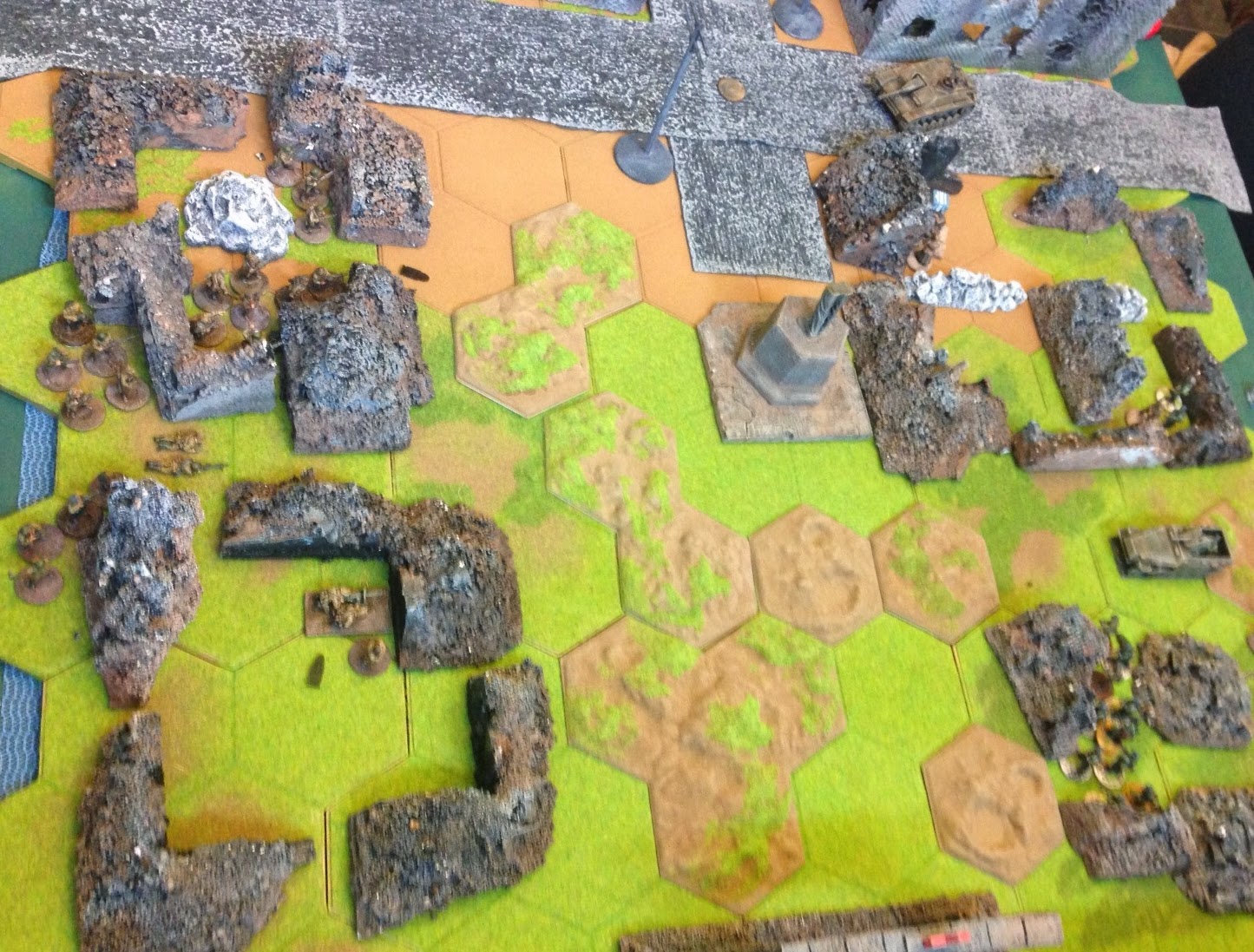 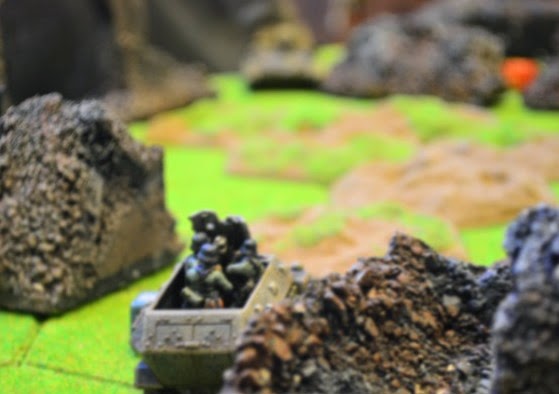 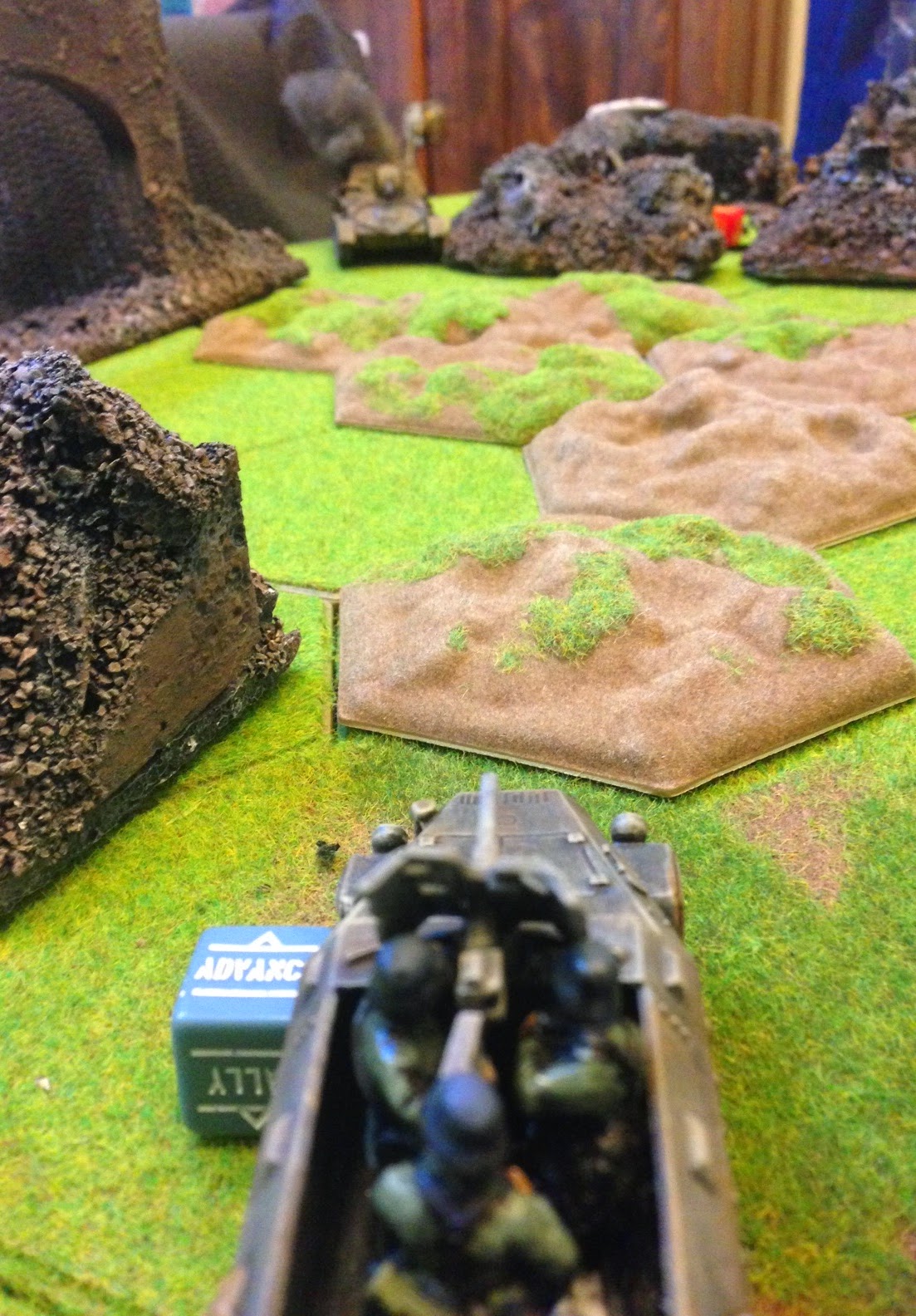 Posted by Herrodadog at 4:18 PM 4 comments: Links to this post