Whew! Time for an after holidays breather...


Earlier this month I attended Mag Con II held in New Caney, Texas a bit north of Houston. Good times were had by all. I was fortunate enough to run a couple of games. And before the doors opened I had a chance to walk around and snap some pix. 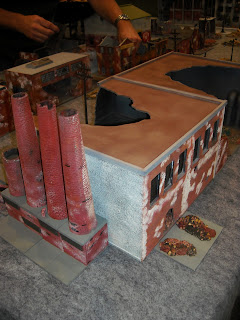 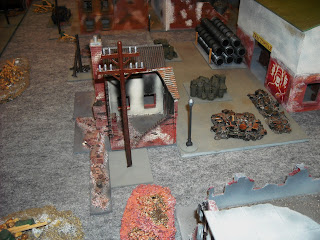 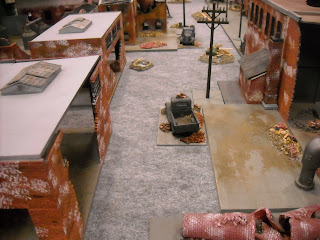 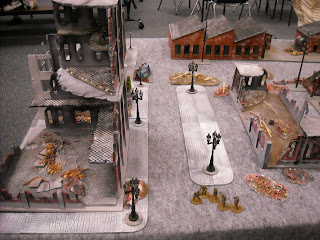 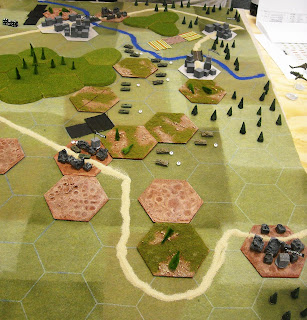 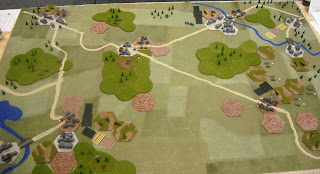 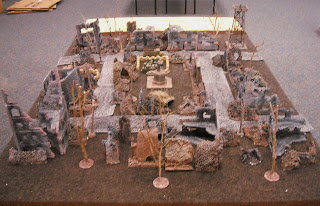 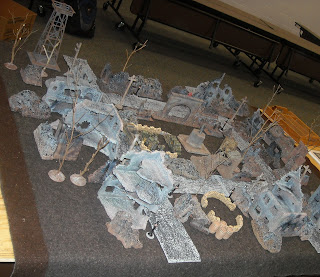 Merry Christmas from all the gang!

Well, tis truly is the Season and the toys ALL wanted to get together and do an obligatory group photo. I said to the guys, "Are you nuts?! There's no room to fit y'all - I don't care if you are all minis. And besides the coordination nightmare, we all have to make sure that everybody gets along. This'll be just like herding kittens."


But a few nano seconds later I felt the sting of a humbug and relented. "OK, fine, let's go ahead do a photo but y'all have to pick representatives from each group..."

Email ThisBlogThis!Share to TwitterShare to FacebookShare to Pinterest
Labels: Seasonal

Incursion 3D Board - REVISED, PART 1A

In my never ending quest for better ways of creating terrain for games I enjoy and play I must say that my last post on using ceramic tiles needed to be improved upon.

For lots of reasons including weight, ease of constructibility and (my personal favorite) COST this would be the way to go. So without further ado...

After a short hiatus and recovery from this past Thanxgiving holiday, I couldn't wait to get back and gather the materials needed to start my 3D Incursion board. 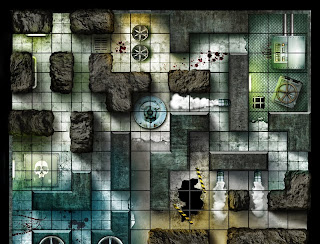 If you recall from a previous post, I created wall sections (both concrete and stone) to represent what was on the board and give it an added dimension.

(click on the pix to enlarge)
This was just a mockup and my intent is to enlarge the board using 2" squares in lieu of the game's 40mm. I found that this increased square area would lend better to using over-sized models in the future. 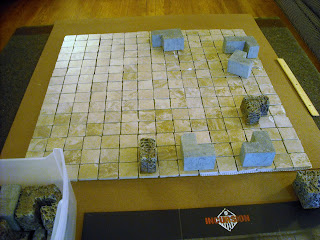 Mongols of The Golden Horde

When I was a wee lad, knee high to a gaming table, back in the 60's I remember seeing a movie on the big screen that made an impression and contributed to my passion as a gamer.


Needless to say, I had to paint Mongols. I initially started this army a few years back for WAB (Warhammer Ancient Battles - which I don't play anymore). The nobles and heavy cavalry contigent were figures exclusively from TAG (The Assault Group) while the rank and file are from Old Glory with some Pechenegs thrown in for variety.

I also chose to supplement my army with the 'Kharash' aka 'Human Shields'. These units were made up of prisoners of war both civilian and military from recent conquests. They were put on the front line as literal shields and were essentially canon fodder (an anachronistic metaphor) during battles and sieges.

Coming soon to a town near you: The Golden Horde!
Posted by Herrodadog at 9:10 AM 3 comments: