My buddies and I decided to host a Memoir 44 epic game using their Overlord rules. We selected the "Tigers in the Snow" scenario set on the Eastern Front as the tide was turning for the Axis. We recruited a few more generals to complete the ideal 4 vs 4 players with me playing the Soviet CinC and Mikey the Axis CinC.

For some who aren't familiar with Memoir 44's Overlord game play, it's similar to the Command and Colors Epic battles where one Commander in Chief handles and doles out the command cards to 1, 2 or 3 of his field generals. Battlefield friction and the fog of war are clearly manifested as each commander faces the frustration of not having an unrealistic God view of the field being contested. Want to find out more? Special Overlord rules are easily obtained from Days of Wonder site.

Please note that we used our green tiles rather than the white snow covered terrain that the map called for simply because we didn't have any.

On the Soviet left flank, my Field General and buddy, Justo aka Uncle Greasy decided to do a blow by blow of the action. Here he focuses on his vain attempt at storming the frozen river against prepared, dug in German positions. "URRAH, URRAH, URRAH!"

Victory went to the side that gets 13 flags first. The results: Germans 13, Soviets 4 for a resounding German victory and hold out of this Soviet push.

Better luck next time, Ivan.
Posted by Herrodadog at 10:06 AM No comments:

For quick and easy hybrid gaming, my buddy, Willy ordered a whole bunch of PicoArmor
ACW figures, painted them up for use with the actual board game, Battle Cry. His rationale being able to store everything in the original box for travel convenience. 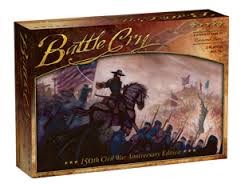 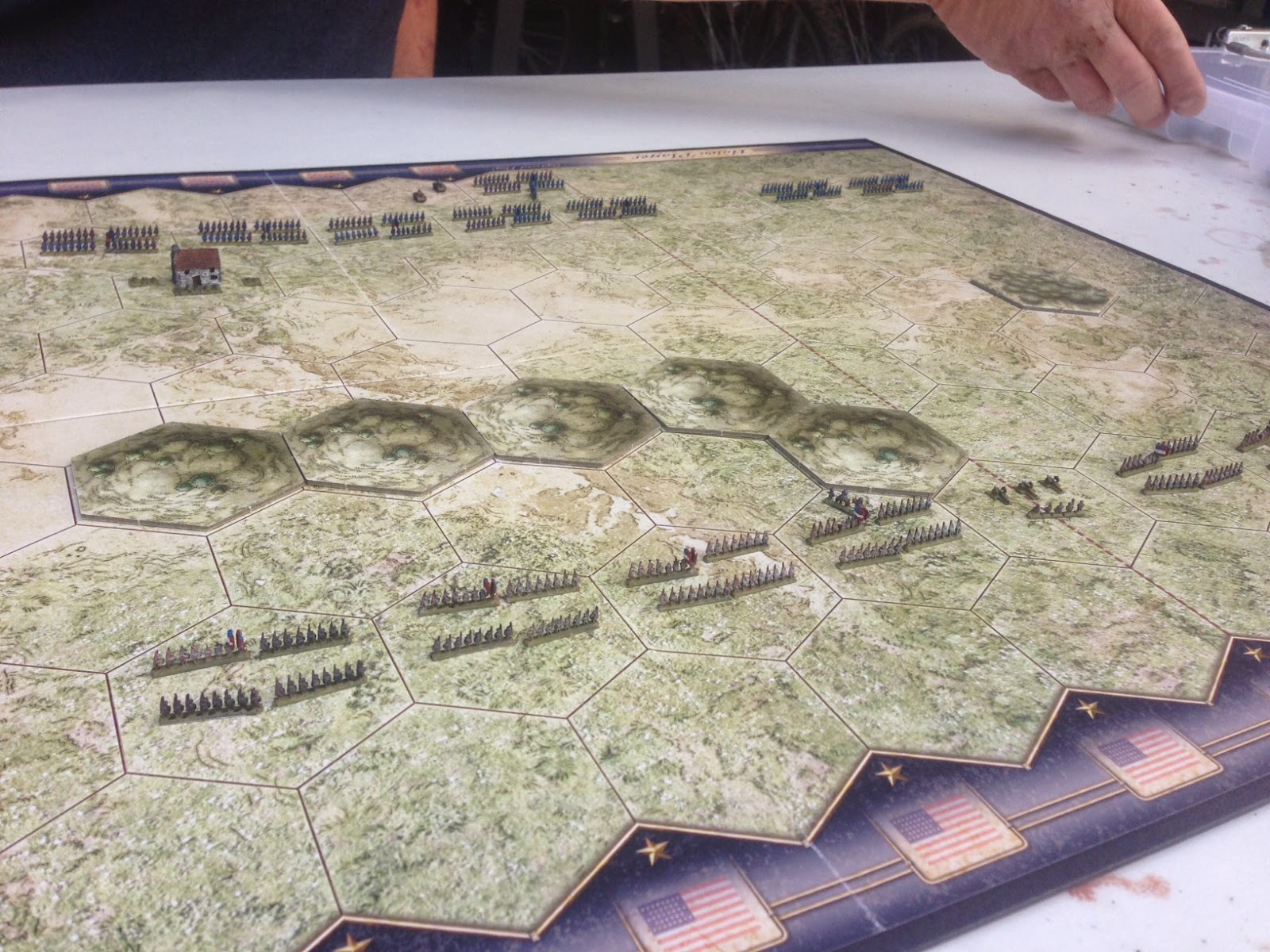 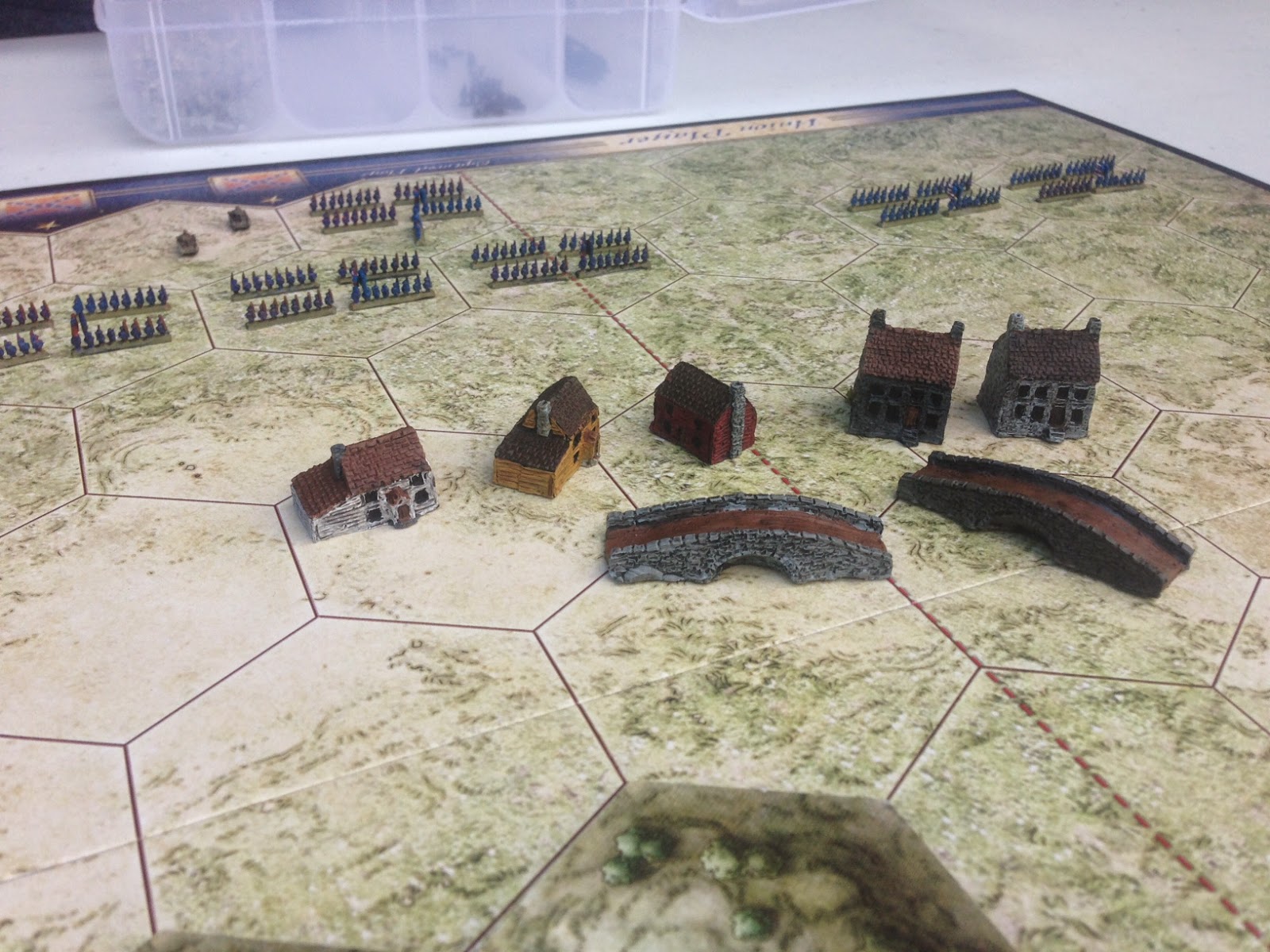 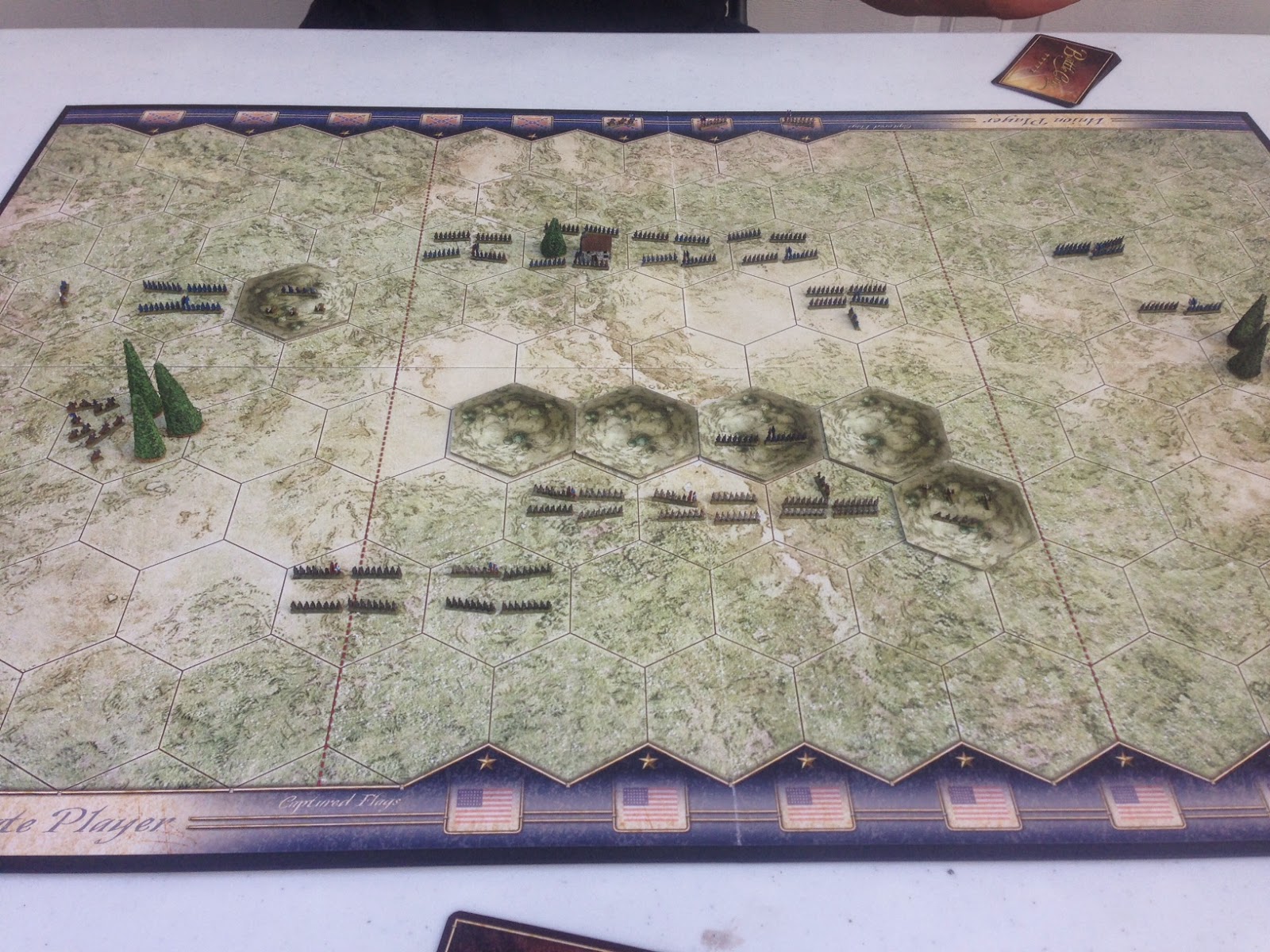 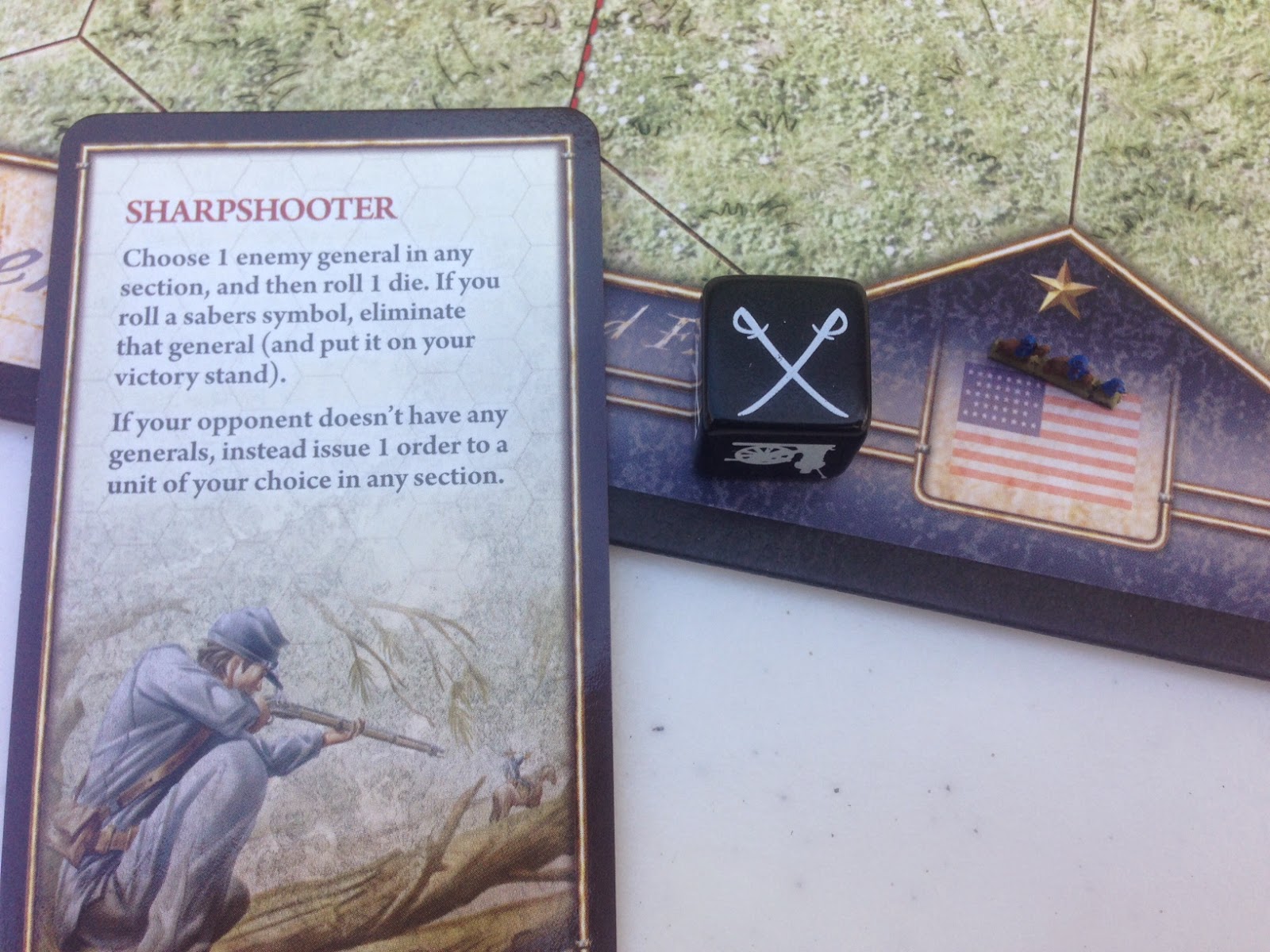 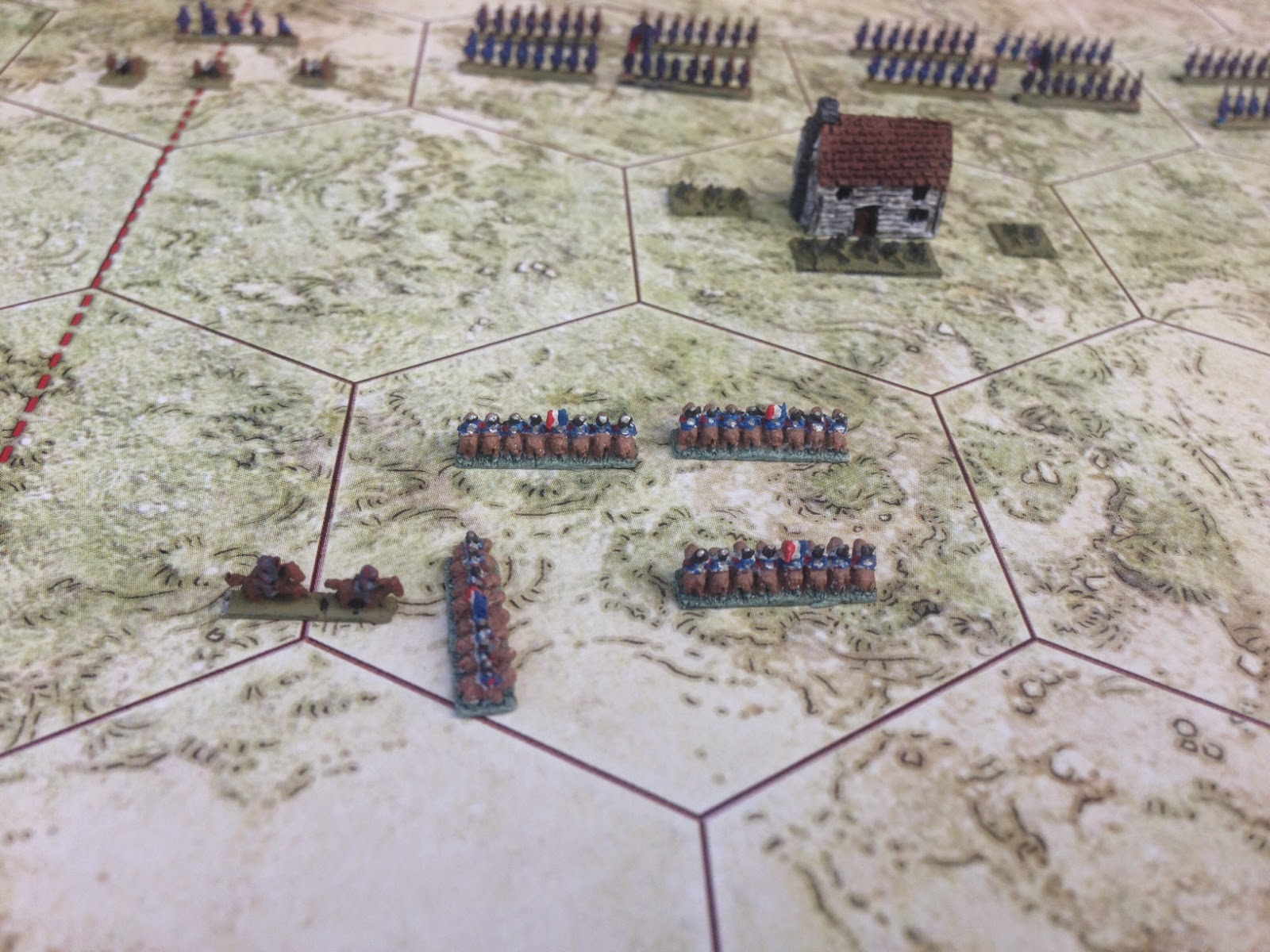 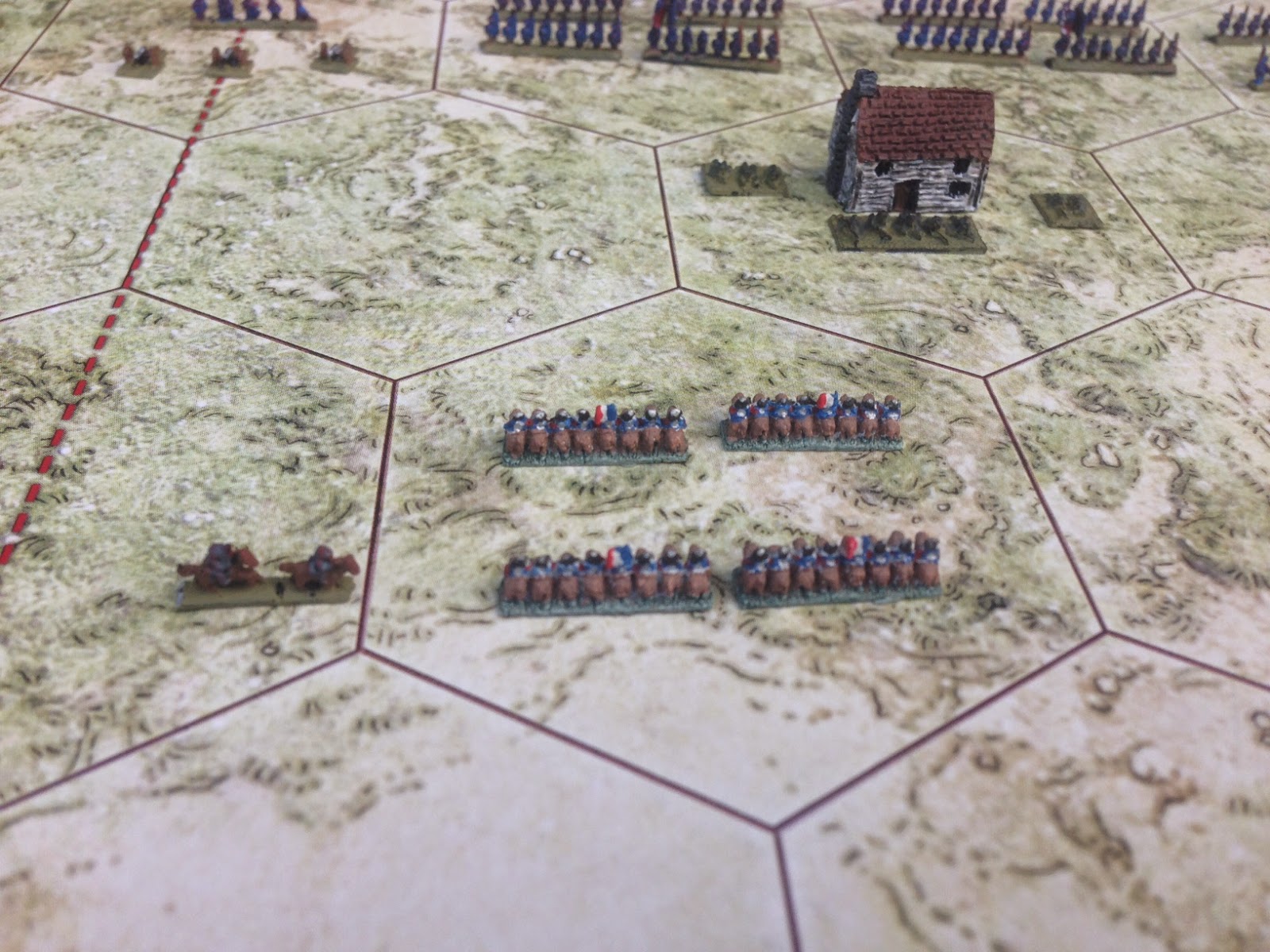 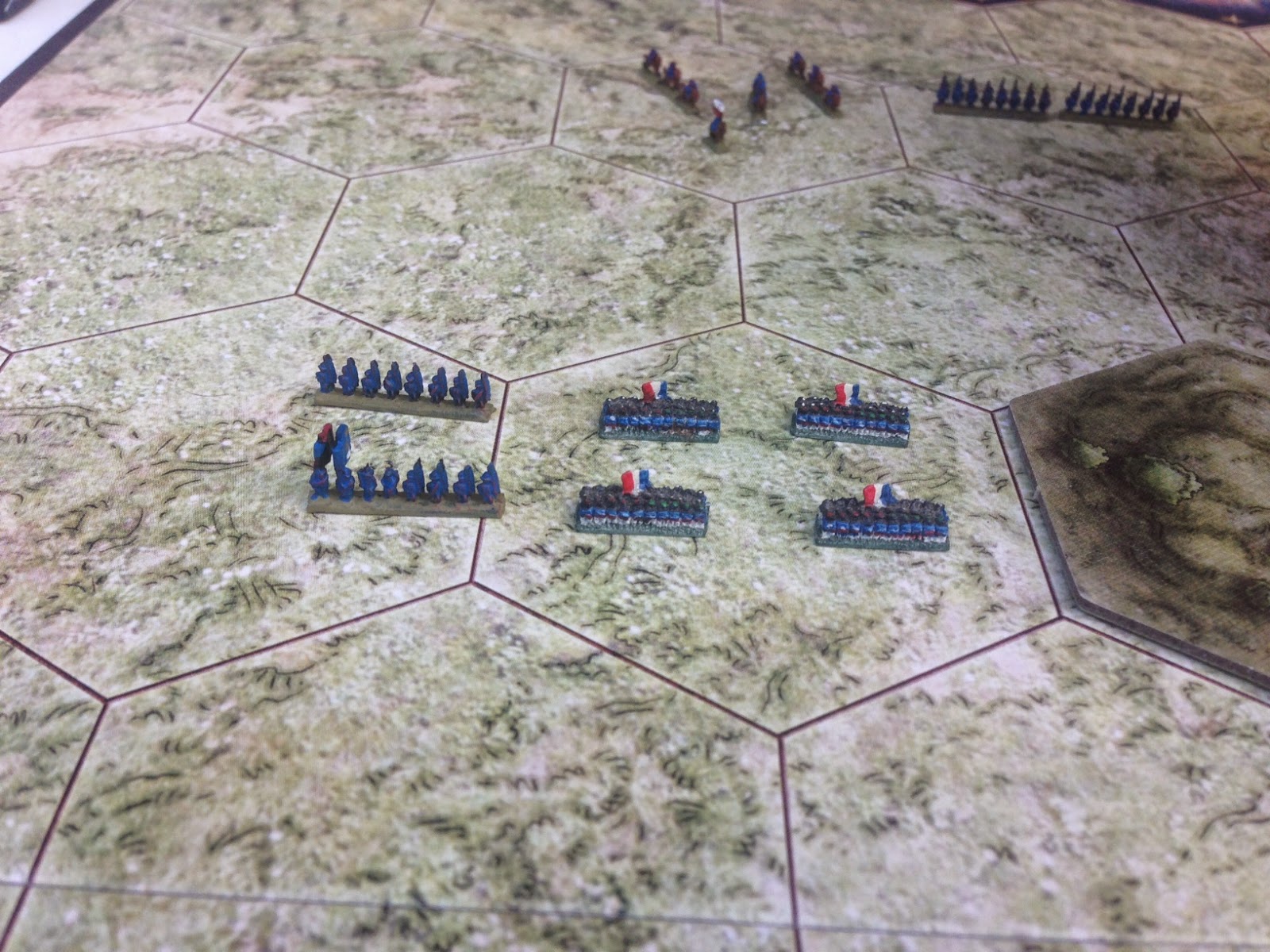 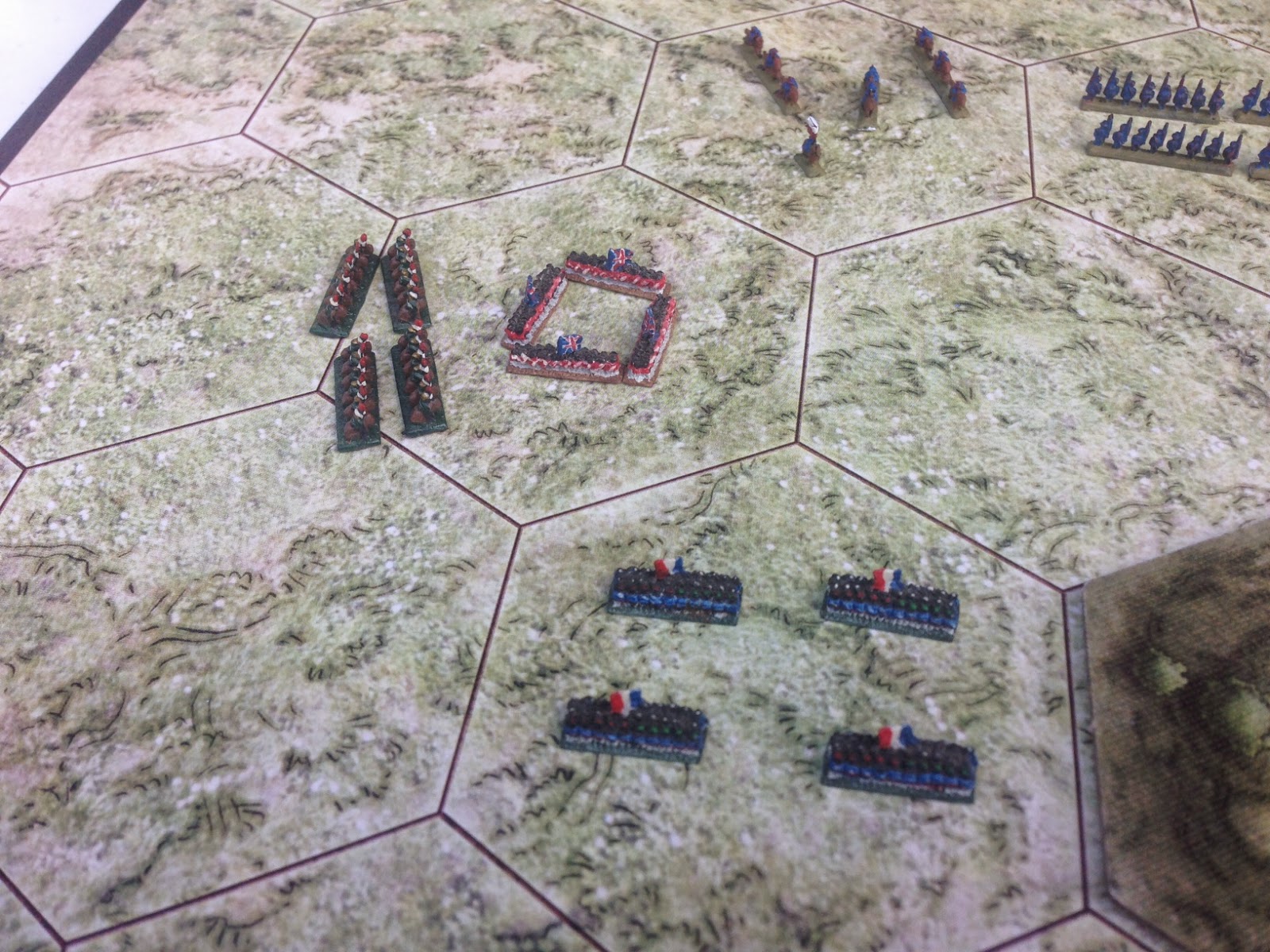 Posted by Herrodadog at 12:01 PM No comments:

Another Conversion: Memoir 44 and Micro Armor

Getting ready for Mag Con 2015, Mikey and I will be running an epic Memoir 44 scenario: "Tigers in the Snow", using our combined Hexon tiles, terrain and microarmor. We played a few games in preparation of this event. 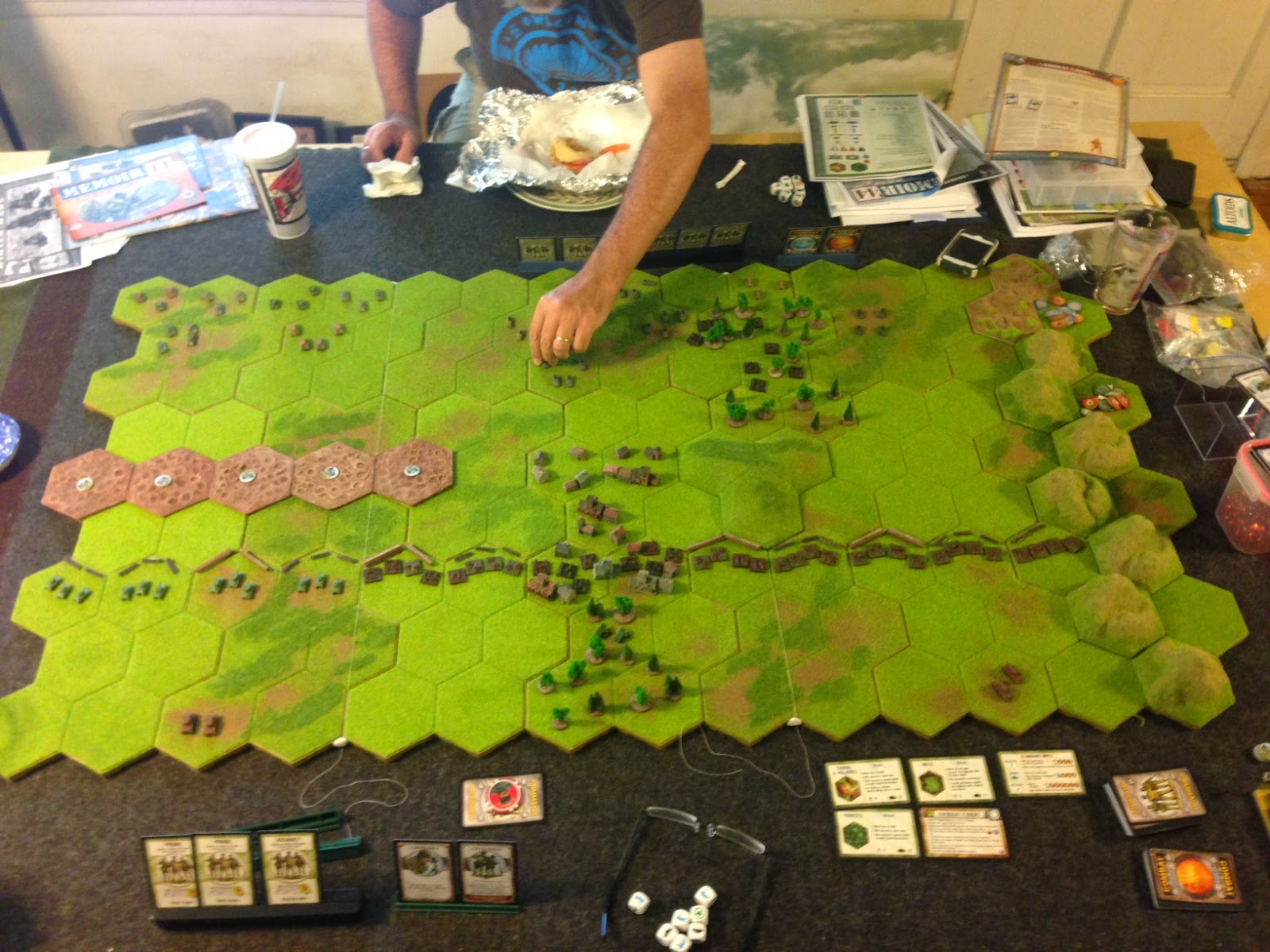 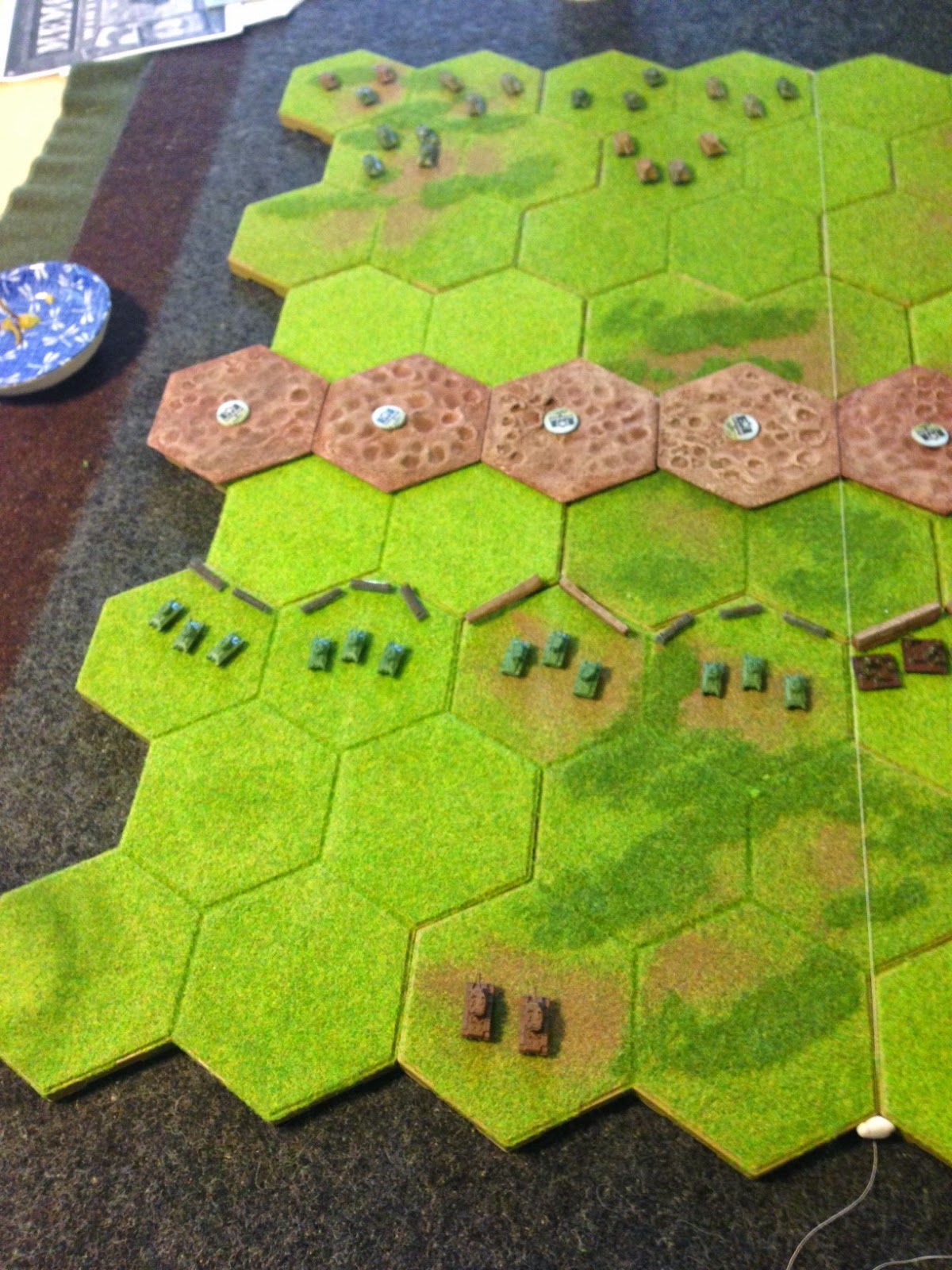 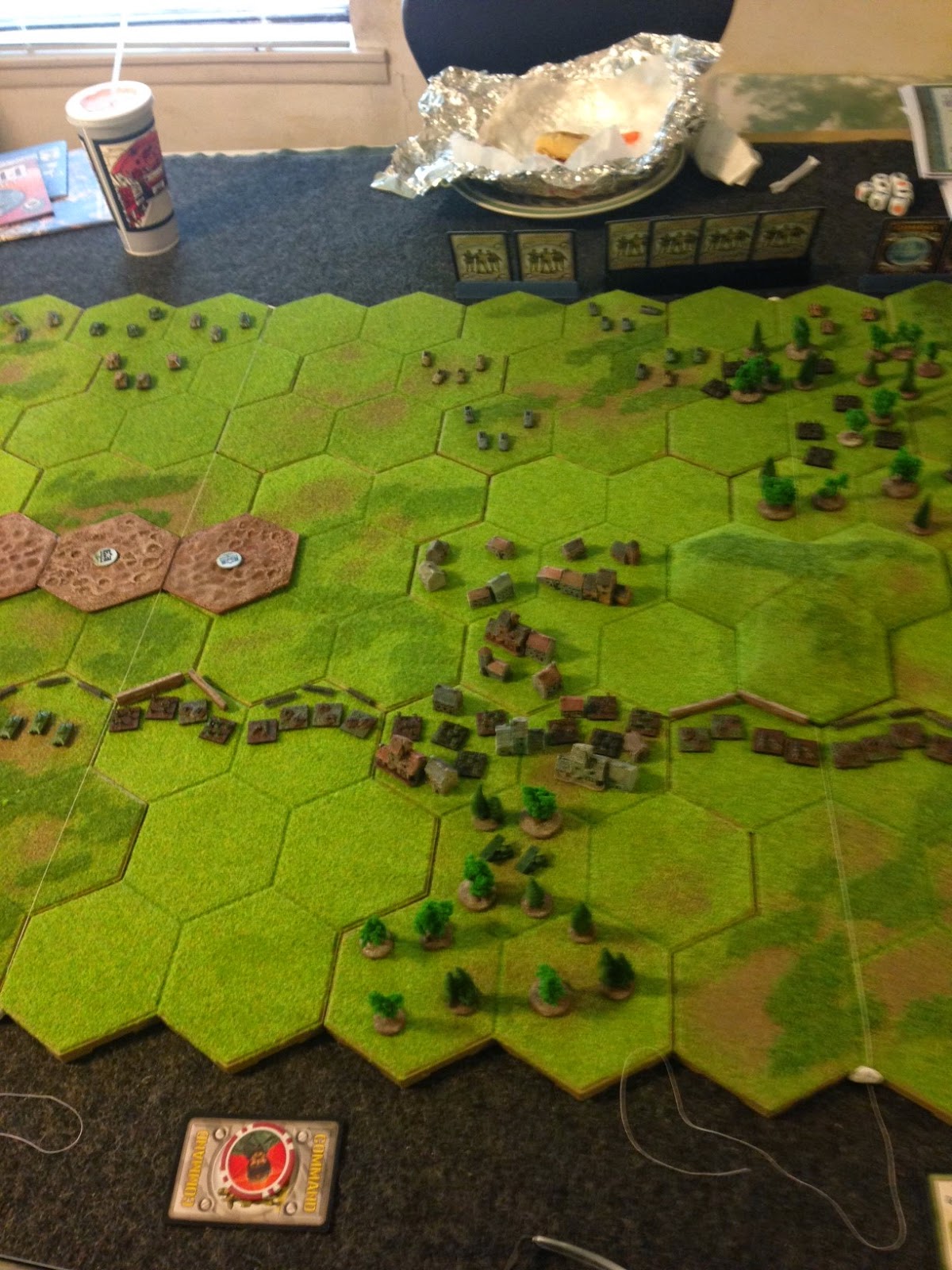 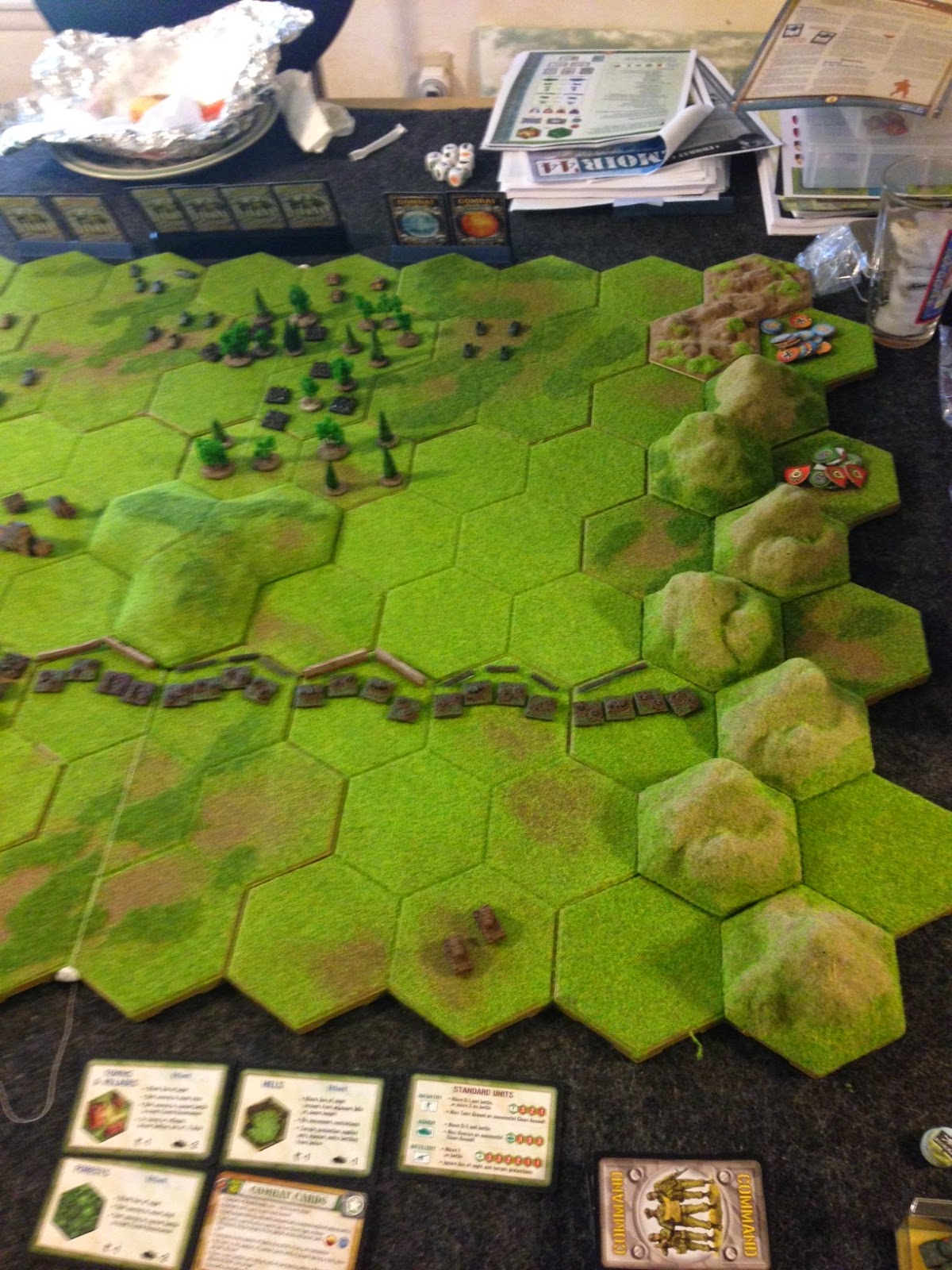