When I first got these figs from Guy at Montag's (back in 2008) I couldn't wait to get started, hurry up and finish painting this unit. So being the crazy, fanatical and OCD-type painter that I am, I put these guys in front of line and finished them within days to get them entered into the upcoming OwlCon painted figures contest. I entered them in the Historical Unit category and voila! 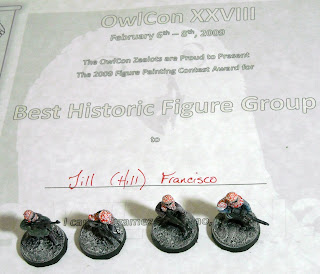 This is the first painting prize I ever got. I was so proud - it brought tears to my eyes... Also notice the mis-spelling of my nickname. *sigh* But I digress...


Now I know what you maybe thinking about these bad boys. "Yeah, they're pretty but can they fight?" And the answer to that is a resounding "Yes!" See my earlier blog entitled, "Al Qaeda Fedayeen in Action!" as this unit gets bloodied for the first time and prevails against the vaunted US Rangers in some light skirmishing.

For added flavor let me introduce the team: Mo (short for Mohammed) sporting an RPD support LMG.  He's done up in the latest in urban guerilla fashion.  His head dress is typical and indicative of his tribal association.  Muted colors of blue and brown are in vogue for this season.  Fabrics are wash and wear with, of course, breathable Egyptian cotton. Footwear is the standard Iraqi Army combat boots circa late '80s. 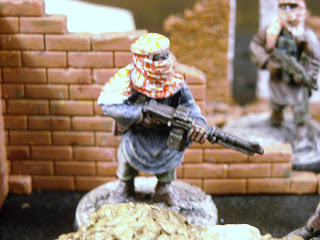 But all seriousness aside, here's the team sharp-shooter and all around bad a$$: Ali-bubba. Born and raised in the south, doncha know? 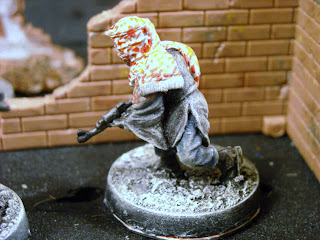 Ay Kay, the team's weapons expert is usually on point. He likes the AK47 like most of his ilk and is rarely leaves home without it. 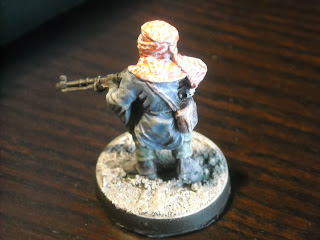 Finally, the not so famous Al of the Saudi Bin Ladens. He's a cousin of an infamous Bin Laden. 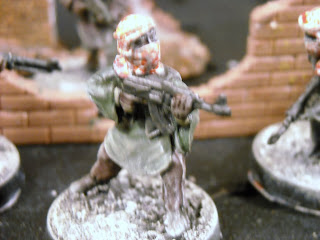 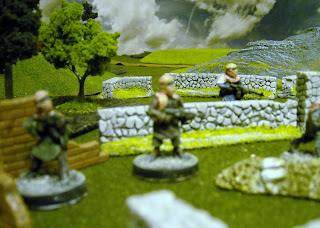 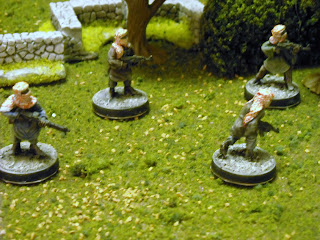 For some recent action they were involved in see my recent blog post:

Posted by Herrodadog at 3:10 PM