Here's a quick post on an objective marker that I created awhile ago when I was heavily into Flames of War. 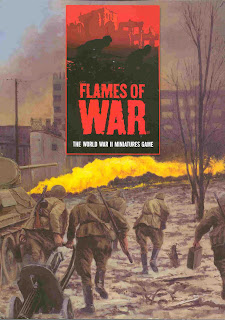 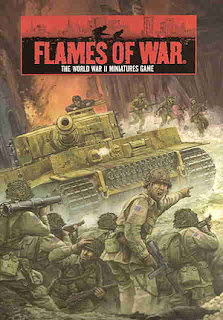 If you're not familiar with FoW, it's a very popular WW2 platoon sized table top rules set. Using primarily 15mm scale (altho you can use other scales as well) you can recreate most battles in the European and North African Theaters (the Eastern Front being my all time favorite).  Last I checked they still haven't gone into the Pacific.

At any rate, 7 basic scenario types are listed in the rulebook and other downloadable pdfs from the FoW site. All battles are resolved using any of these scenarios by fulfilling set victory conditions. Most of them involves the capture of an objective hence the need for an objective marker. At first Battlefront (makers of the miniatures that FoW markets successfully) had a few pre-made objectives that were only available thru special boxed sets. I decided to make my own.

After a couple of tries I decided on a crashed plane. Surfing through the net resulted in all kinds of great pix for inspiration. Here's just a couple of examples of what I found. 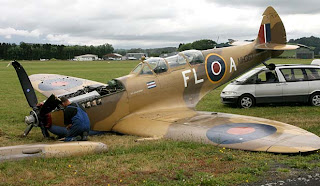 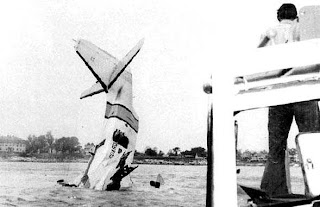 Although they weren't dramatic enough for my taste. I knew that the final product needed to have as much bang as I can fit in a typical FoW stand. My original idea was a downed biplane to simulate a crashed Night Witch that wasn't quite successful in her mission. Do wiki this very colorful unit or check out this link:


I discovered them in a great novel about Kursk and Operation Citadelle entitled 'The Last Citadel' by David L. Robbins. If you're a WW2 aficionado like me, I recommend his stories.
So I kit bashed a prepainted, plastic model of a 144th scale FW109 that was $2.99 from Walmart (forgot the brand name but it ain't Dragon). Happily, I got voted the best Objective Marker in one of the many mini tourneys we had at Little Wars of Houston a few years back.
Downed FW190 Objective marker for FoW - front view. 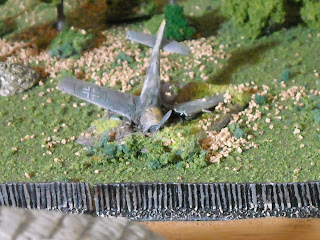 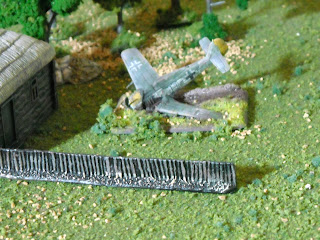 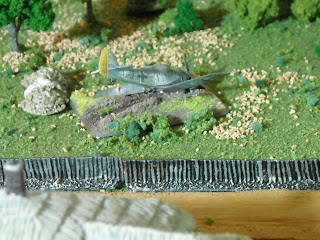