Jumpin' on the Zombie bandwagon!!

Well, I had to do it.  Part of my game collection includes a board game called, "Last Night on Earth" which I've acquired a couple of years ago when released and have only played twice (both in the game store where I purchased it).  The graphics and art work were well done.  But I couldn't get past the look of the minis.  They needed some color to add some visual umpf! and appeal to the board.

Suffice it to say, I vowed one day that I would paint them giving them more character and life than their current monochrome tones.  The zombies come in two colors of orangish brown and a light olive drab.  Our heroes are a dull grey. 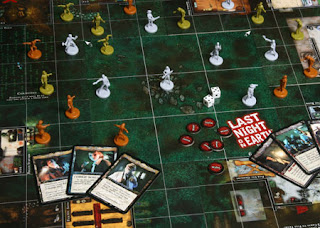 If it wasn't for an ATZ game that Veloci was running, I wouldn't have painted these figs as soon as I did and they would've been languishing in their box for some time to come.


Here're the zombies (the game only came with 14 miniatures total with 3 different poses although the game mechanics respawns them and only allows a set number to be on the board at any given time unlike ATZ where the more the merrier and you never seem to have enough): 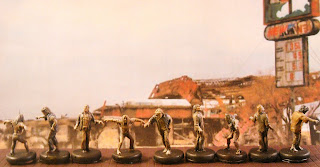 Here's the survivors starting with the ladies from left to right: Jenny, the Farmer's Daughter; Sally, the High School Sweetheart and Nurse Becky. 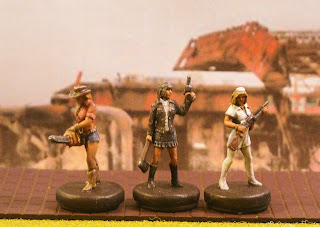 The guys from left to right: Billy, the Sheriff's son; Jake the Drifter (a personal favorite); Sheriff Anderson, Johnny, the Jock and Father Joseph. 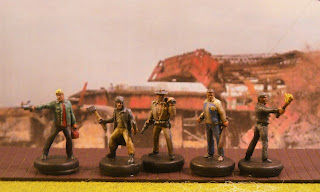 I don't remember much of how "Last Night' is played however these minis got more action on some recent ATZ games! 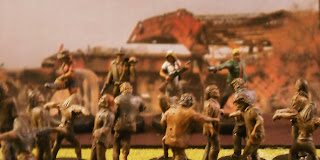 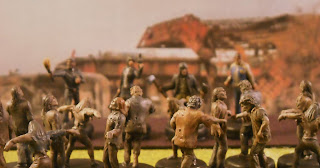 Posted by Herrodadog at 6:05 PM