Here's my other Field of Glory (FoG) army that finally saw action recently.  The following shots were of a practice battle fought against Andy's English 'War of the Roses' Yorkists.


My Generals complete with the famed Oriflamme flag (red). 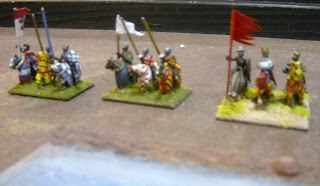 The flower or the French nobility: Knights charging! 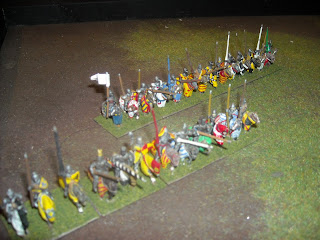 Mercenary Genoese crossbowmen with the sword wielding Brigans beyond raring for a fight.  Forgive the focus.  Still trying to get a hang of the darn macro feature. 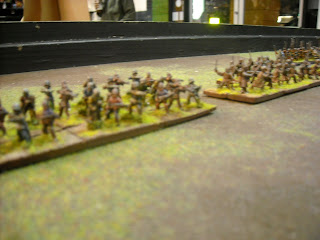 The rest of my French foot in battle formation.  Baggage camp (subbing my fortified Roman Camp while my French camp is still on my work table) guarded by peasant rabble beyond (top of photo) - what else are they good for? 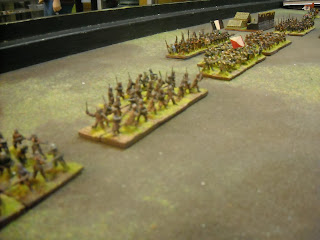 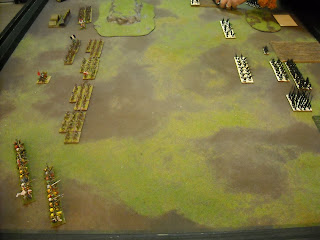 Sometime later I finally got the camp done. Here's the rabble: the French dregs and assorted farmers along with monks guarding the camp and baggage train. 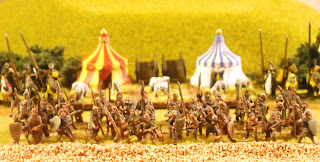 Ideally the camp should be located on high ground.  "Hey, Ewe, get outta the camp!" 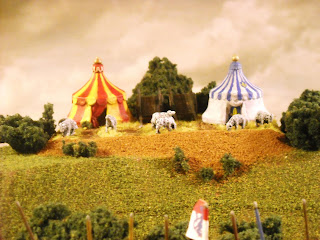 And of course the King, his nobles and bodyguard surveying the battle. 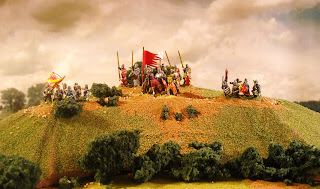 Posted by Herrodadog at 8:40 AM