A few years back I got into skirmishing after a much needed break from 15mm WW2 combat on the Flames of War (FoW) rules. I've been chomping at the bit at all the beautiful sculpts to be had in 25-28-30mm scales.

Not to mention my aging eyes needing a break from the smaller scale. Of course, all this goes out the window since I've been immersed in micro if you've been following my recent posts. But then again, since I am a gamer, I tend to seesaw back in forth in terms of scale, genre and period. Which is another way to say that I'm ADD. 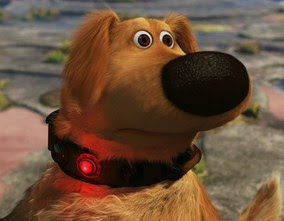 
Boy, did I get my train of thought derailed in a hurry. Sorry, where was I? Oh yeah... back on track again regarding skirmishing in the larger scales. Guy at Montag's has a cool table layout of a generic middle eastern town complete with streets. This layout could be used for all sorts of large scale gaming and skirmishing. See my earlier post: http://thehistoricalminiaturist.blogspot.com/2010/04/al-qaeda-fedayeen.html that features this very table with my Al Qaeda. He's been adding more buildings, wrecks, concrete road blocks, the works.


They were doing all this to game with Dogs of War (DoW) who also has a line of figures by Devil Dog Design for Modern conflict in most settings but primarily urban: http://www.pacificskygames.com/products.html. Just scroll down to Devil Dog Design for their full line. 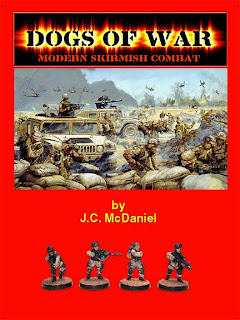 I immediately gravitated towards the more colorful units: Soviet Paratroopers and Al Qaeda Fedayeen. My Fedayeen was featured in my earlier post: http://thehistoricalminiaturist.blogspot.com/2010/04/al-qaeda-fedayeen_16.html. So now it's the Paras turn.


Since DoW is played with four man fire teams or squads it seemed relatively simple to collect multiple nationalities and still be manageable with all my concurrent projects. Sound familiar? At any rate, here's my 'first' four man team. 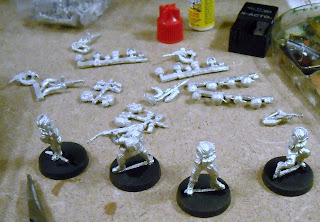 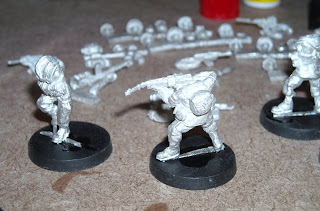 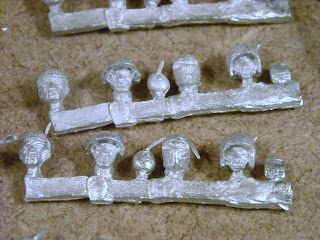 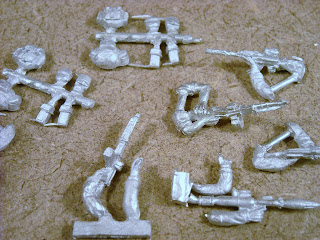 One of my favorite and logical pick was the balaclava head reminiscent of ninjas. 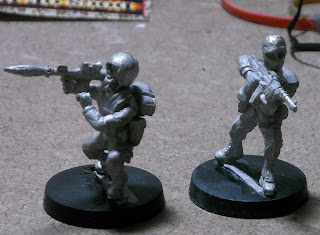 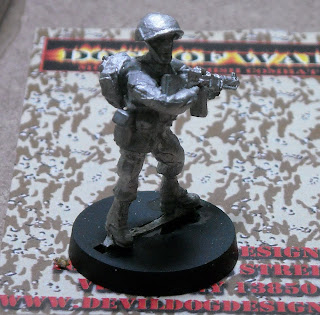 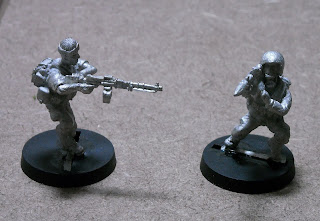 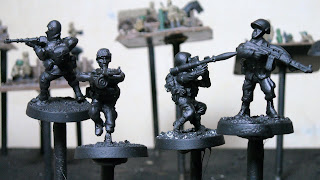 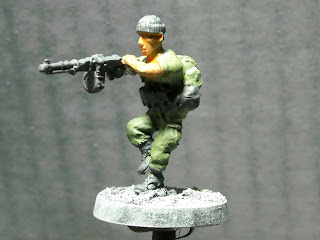 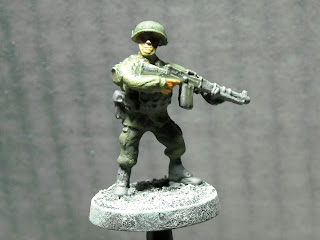 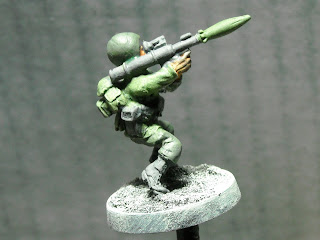 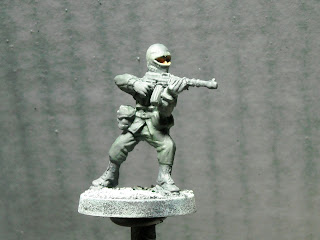 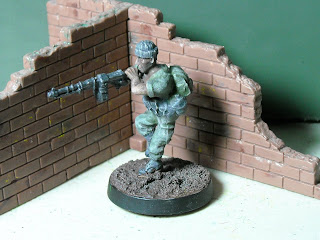 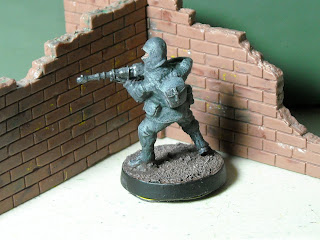 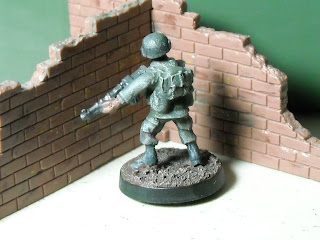 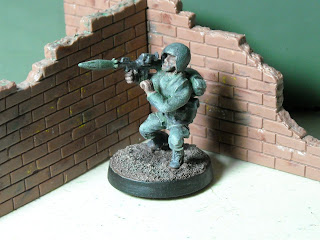 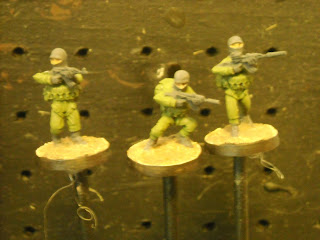 The new pack of Paras came with only 1 type of head sporting an old style padded helmet from that WW2 tankers wore shown on the figure on the left. The other two figs were from a pack of generic forward observers. They are loaded for bear and outfitted really cool with Oakley sunglasses. I couldn't resist. 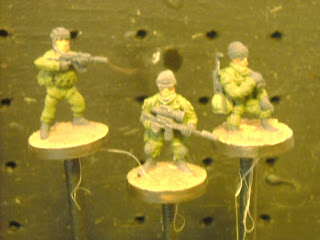