New Kids on the Block, Part 2

I'm on a roll with the New Kids (Soviet Sailors and LMG Strelkovy teams from BDT; Al Qaeda shooters aka Durka-Durkas and Soviet Paras from DoW) and couldn't wait to continue. So after the black primer (hand painted) has dried it's time for some paintbrush bashing time!! (i.e. dry brushing.) 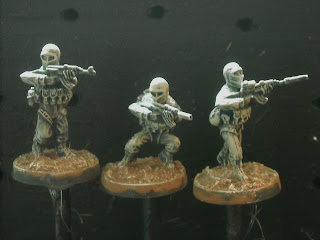 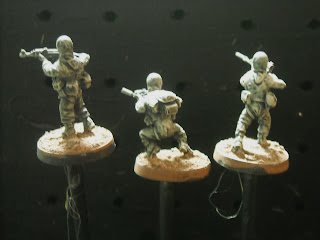 This step, IMHO, is critical because the right amount of paint is needed to give gradation to your figures. Thereby achieving really good depth as the base color is applied. I tend to use really cheap natural hair brushes because a) its inherent properties on how it applies paint to a figure and b) I literally tear up a brush doing so. WARNING: this is not for the faint of heart and be resigned to going thru a lot of brushes but the resultant effect is well worth it.


Just go down to your local hobby store and go to the clearance section for these brushes. Here in Houston I go to Texas Art Supply, Michael's and Hobby Lobby. And don't be afraid to cut them, either. They work better without a point and the brush length shouldn't be too long. Hence the modification. A flat, blunt edge is my preference as illustrated below.

Left: brush right outta the package and before cutting. Right: point cut off for that blunt edge with either sharp scissors or exacto blade. 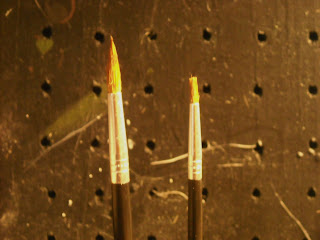 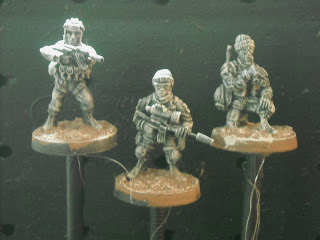 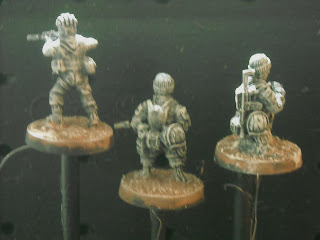 More Durka-Durkas that you can shake a paintbrush at. 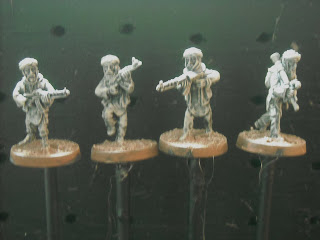 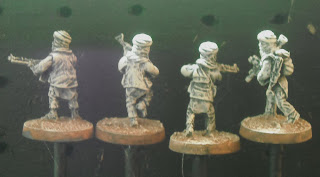 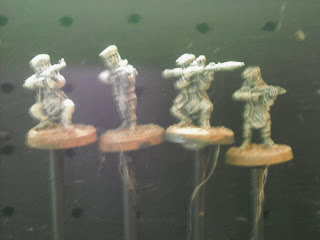 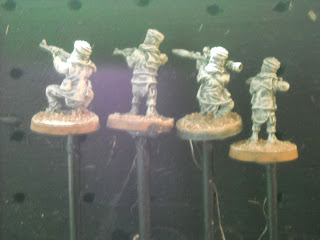 One of my favorite Soviet units were the sailors. Many were sent to help the Red Army and were very colorful units, indeed. These reassigned naval forces took part in every major action on the Eastern Front such the Leningrad siege and the defense of Sevastopol. 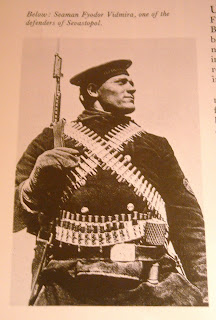 Most of them kept they're signature striped shirts, if not their caps, as a unit and service identifier.

They were also featured in the movie 'Enemy at the Gates' in the scene when Khrushchev arrived via armored gun boat from across the Volga. 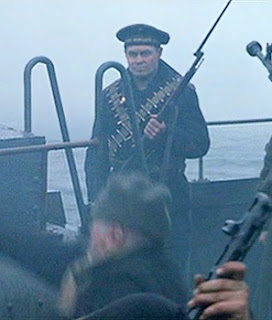 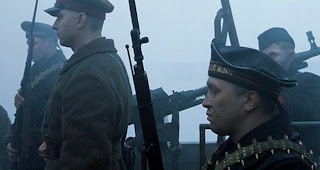 So, of course, I gotta have at least a four man unit. Alas, these sculpts didn't come with the cross bandoleers and fixed bayonet rifles but they'll suffice. 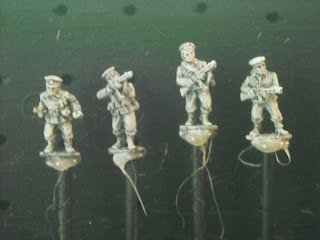 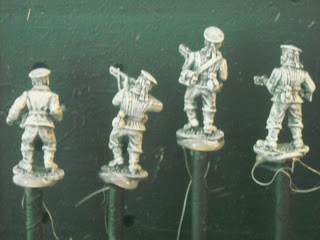 And last, but not least, are the Strelkovy LMG teams because you can never have enough fire power especially against the Germans. 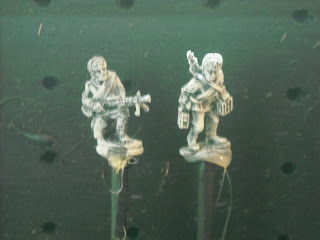 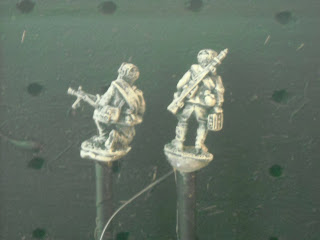 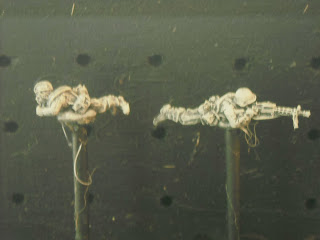 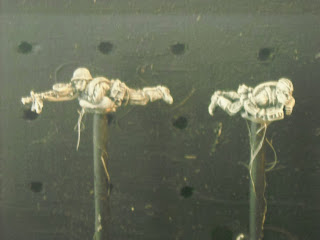