Got some stuff in the mail today and then I picked up some additional figs at Montag's. Since I'm on a painting binge I've decided finish up these projects while I have the time.


First up are four Soviet Sailors by Black Tree Design that'll go nicely with my Strelkovy. I must say that BTD has some really excellent sculpts. They're so nice they practically paint themselves. 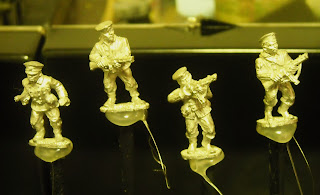 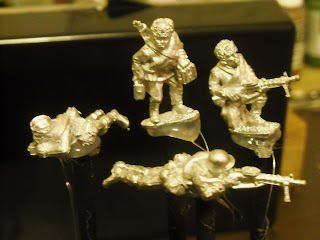 Speaking of supplement I acquired a few more Dogs of War packs from Montag's. The cool thing about DoW figs are that the Paras come with head and arms with weapons assortment so you can customize your squads. Which I'll feature in an upcoming post I've been working on. 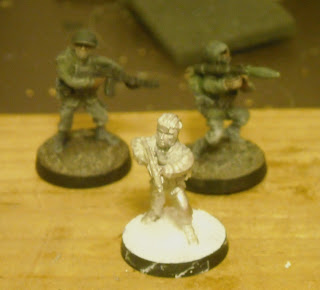 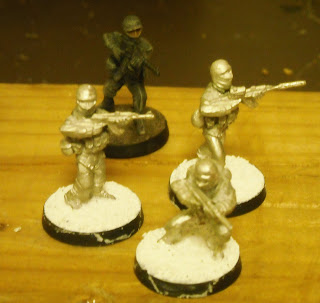 Then I saw these figs and had to have 'em. They're generic Forward Observers and can be used by most modern armies. I'll use 'em as scout for my Soviet Paras. 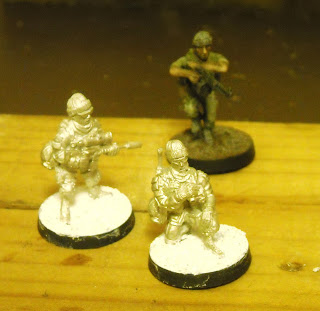 Of course, let's not forget my Al Qaeda Fedayeen. They needed bolstering of their ranks since I only had four to start with. I picked up two more packs of four giving me a twelve man squad to fight all comers. Oooh, look, RPGs!! 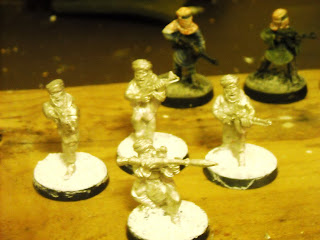 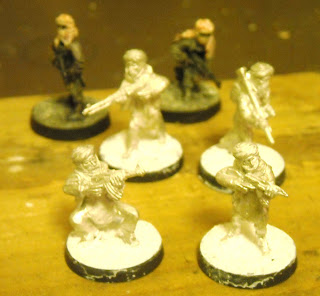 Posted by Herrodadog at 9:45 PM