The SU-76M was a ubiquitous AFV that was an all around, all purpose gun for the Soviets. From self propelled artillery to tank hunting, she was able to do it all. It's always been a favorite of mine because of its simplicity in her design and I have collected this vehicle in numerous scales. Technically, it's not a tank but an Assault Gun but being built on the T70 chassis it at least fits that size category.

"Crews loved this vehicle for its simplicity, reliability, and ease of use. However, the steering was also sometimes regarded as cumbersome, leading crews to also refer to the vehicle as suka ("bitch") or Suchka ("little bitch")." 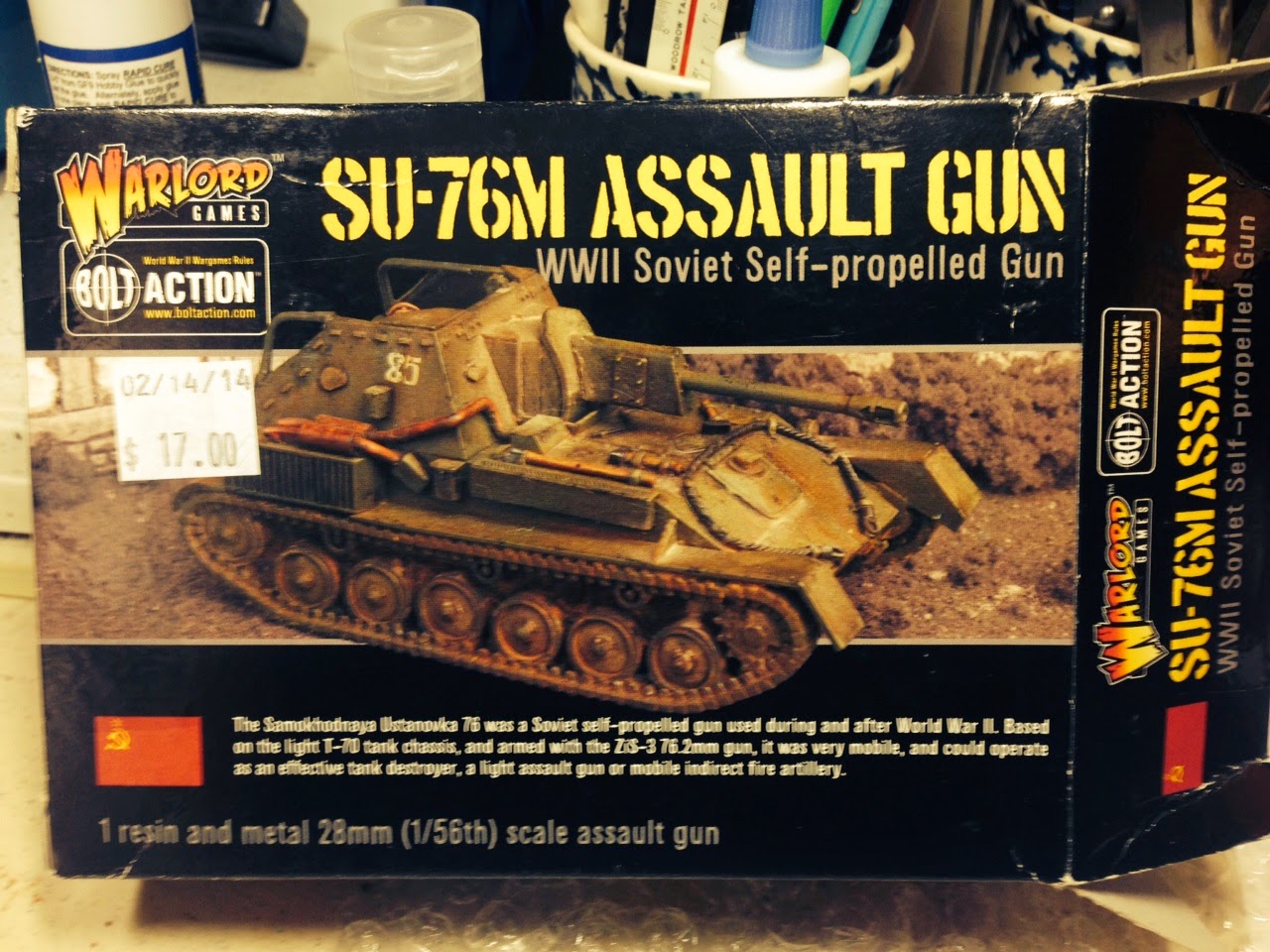 Posted by Herrodadog at 2:56 PM