One of the most produced AFVs in Germany, the Sturmgeschütz assault gun was based on the Panzer III chassis.  After many improvements and upgunning the model G sports a long 75mm capable of taking on Soviet tanks such as the T34 and a personal favorite of mine. 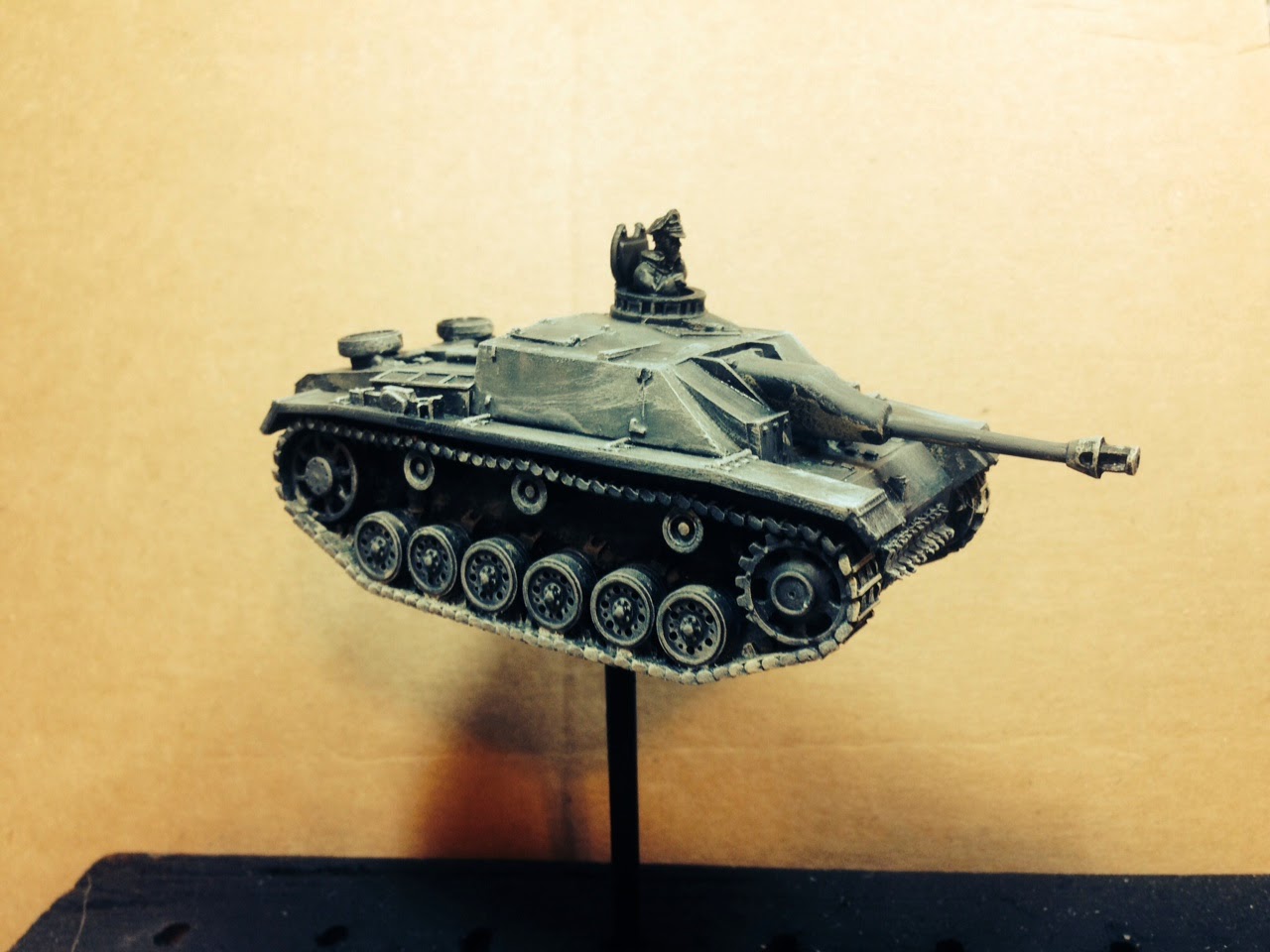 Coming up soon: The units are coming together for an eminent confrontation using Bolt Action rules amongst 'The Streets of Stalingrad'.
Posted by Herrodadog at 2:11 PM