EUREKA! Literally. After a long search for just the right mini to represent a Martian Tripod for use on a conversion of a fan generated special scenario for LnL's World at War Board game series, "To Save a Life", I found these super cool tripods from EUREKA Games.


As I've mentioned in my past blog posts, I've been a loyal fan of LNL Publishing (which has just changed ownership) and Mark L. Walker's game systems: World at War (WaW) and Nations at War (NaW) series and the Lock n Load system for infantry platoons.

I've been dying to try out this Mars vs Earth (circa mid-1980s) using my micro armor on a Hexon terrain table. Imagine period Warsaw Pact and NATO armor and armament duking it out with the aliens from the Red planet. Earth forces, check. Civilians, check. Civilian cars, check. All that I was lacking were the tripods. And here they be, by golly! 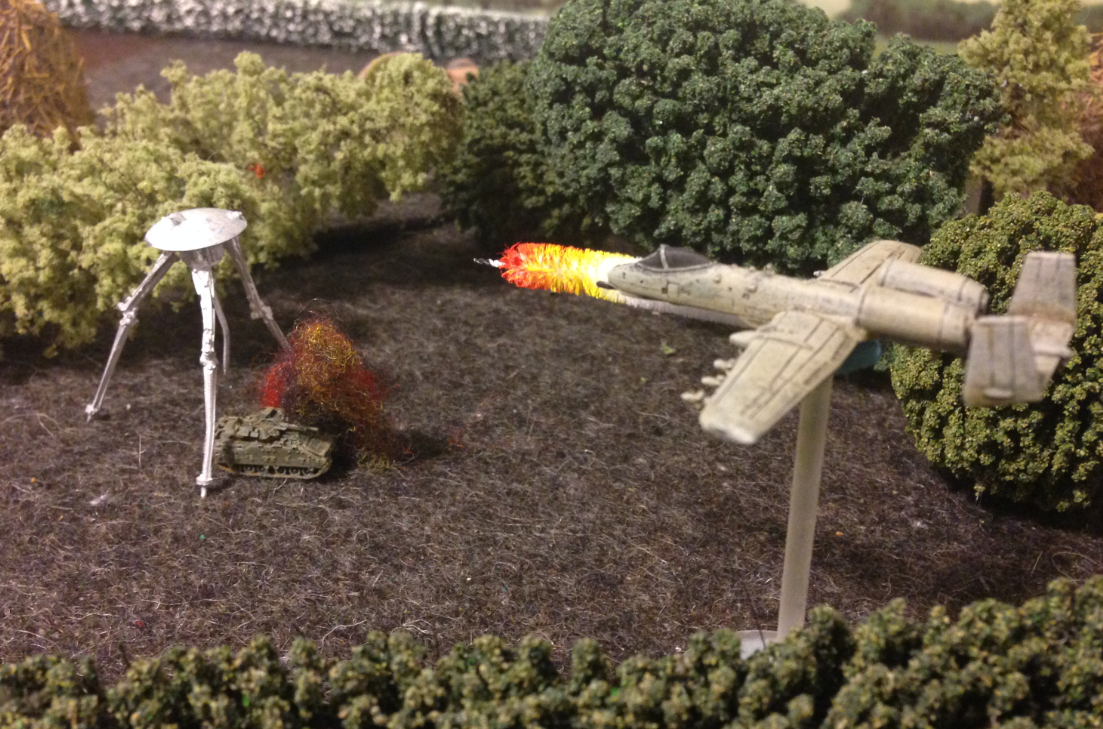 Posted by Herrodadog at 9:43 AM