The Battle of Kantpronownski, A Bolt Action Meeting Engagement


This a Batrep of the 2nd game we played of Bolt Action. We found it satisfying, easy and fun. It also helps when you play on a great table (assorted terrain, river and roads on Hexon tile system by Kallistra  https://www.kallistra.co.uk/) by my buddy and opponent, Mikey. Thanks for hosting!

Yours truly, supplied the minis (Black Tree Design) and vehicles (HT was acquired from a buddy - manufacturer unknown, so sorry and BMWs from Battle Honors in 25mm) except for all the farm animals but were painted by me.

Photos were both by Mikey and myself. I was actually using my iPhone to check the LOS from the POV of our minis. Worked great and from there I got inspired and decided to use them here on this blog post and batrep.

Unfortunately, the rest of the story unfolds with the lack of pictures..

The German HQ charges and kills the Maxim and earns an iron cross. The PzGrenadier 1st Squad survivors gets wiped out to a man in the stone cottage by the aggressive Soviet HQ. And finally the PzGrenadier 2nd Squad kills them in turn for a costly German victory.

Since this was our second game, the focus was on the mechanics to ensure that we got the basic rules right for a better flow of the game. Next we'll use the points system and special rules army rules specific to each nation. 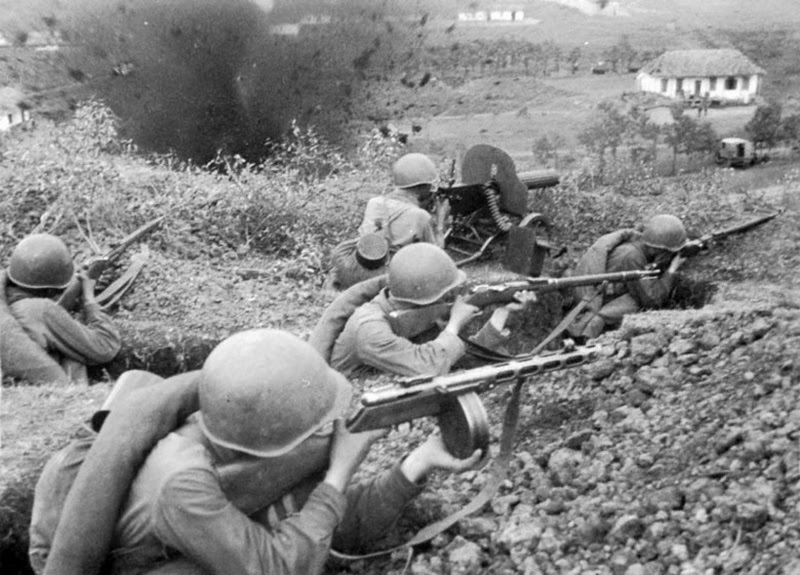 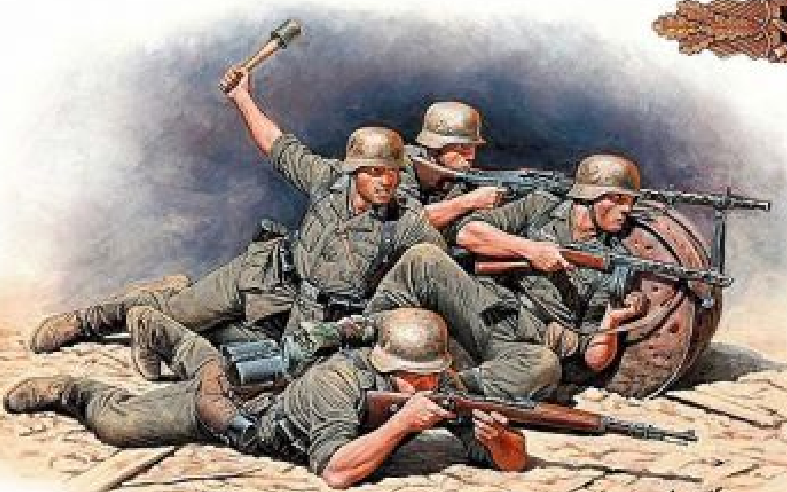 Posted by Herrodadog at 1:55 PM