My Urban Ruins table set up for Nuts! Greyish building ruins by me, red building ruin by Justo aka Uncle Greasy, streets courtesy of Willy aka LTL Dad and dead trees provided by Mother Nature via my yard.


This really isn't a full on batrep, just a top line summary of the events with pix. :D 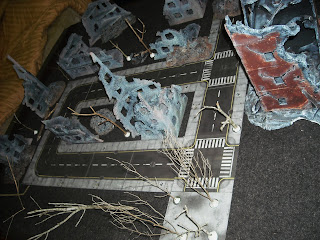 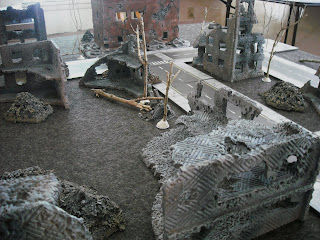 Since I'm a relative noob to Nuts! (meaning that I've only played a few games) I'm always in dire need of practice and any excuse for gaming is all that I need to set up a table. Besides I've got to play with my newly completed Strelkovy and Fallschirmjagers.

We played a few scenarios where my FJs were holed up in a building while his Russians came on the table to clear out the hated Fascisti invaders. Bottom line: more Russians were needed as in another squad of 10 AND 2 less FJs. Or a single T34/76 or SU76 for added support would've given the Soviets a fighting chance. 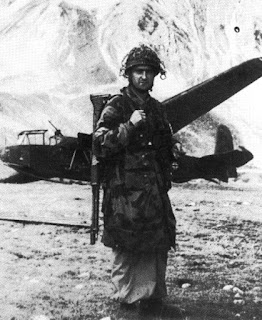 A lone sniper (prone) and the ubiquitous MG34 LMG team as shown above (you have to squint a little b/c I substituted a Soviet DP LMG team since my MG34 is still enroute from the UK). 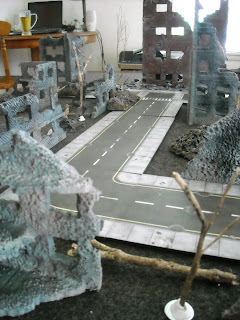 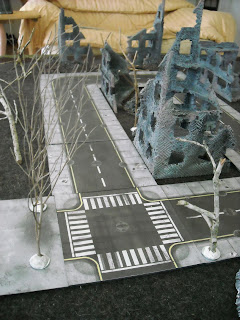 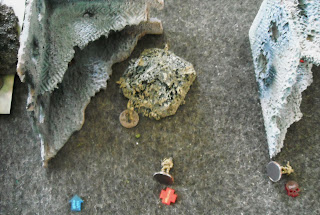 A picture's worth a thousand words...
Posted by Herrodadog at 4:12 PM