A Digital Departure: 7 Days To Die 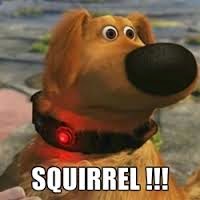 Side tracked once again...

PC gaming reviews on my historical miniatures blog is a definite departure from my usual. And this post highlights my current PC gaming interest. Not to worry since I’m still an avid miniaturist and am taking a break from multiple projects on my work bench crying out to me in their tiny little, miniature voices. But as stipulated in my blog profile, "Like most gamers I’m ADD and my areas of interest cover a wide range of periods and scales [and game types]. I do everything from Ancients to Zombies and everything and anything in between that catches my eye." And with that little disclaimer aside…


The best way to survive and kill more Zombies in this game is to construct a secure base for raiding and scavenging. In this latest multiplayer, cooperative game, my buddy, George, and I have finally come up with an effective design for the construction of our latest, secured base. Being an architect, this game fulfills the builder in me because the crafting feature is very intuitive. For some of you who don't know what this game is about wikipedia describes it as “"7 Days to Die is an open world, voxel-based sandbox game created by The Fun Pimps. It is a mash up of first-person shooter, survival horror, and role-playing games combining combat, crafting, looting, mining, exploration, and character growth."

Featured in this post is our secondary base named aptly ‘The Fortress’. Our first base called ‘Alpha’ (not pictured) was very successful and is very similar to this structure. We used Alpha as our model to complete The Fortress.

From here, our goal is to eventually raid the ‘Hub City’ (so called because of it's central location on the map - coordinates 0,0) for valuable loot. That’s easier said than done since the hub city has been fully upgraded with newer and meaner zombie bad-asses (burning zombie and feral zombie) along with the plethora of the rank and file, dogs, hornets and barf cops. Visibility has also been cut down markedly by foggy and smoky conditions.

Our Fortress is an existing structure modified by using lessons learned from past games. It is a residential, mixed use, 3 story masonry building with retail at ground floor and two upper floors of living quarters, hence, mixed use. We settled on the roof placing our forge, cooking fires, sleeping mattresses (this is another option to using beds or sleeping bags for re-spawning points noted on your compass as your ‘home’) and storage containers. It gives a good commanding view of the immediate vicinity. However the game produces a fog that obscures vision during the wee hours and there's nothing scarier than the sound of hornets buzzing announcing the arrival of a running zombie train. We've found that the roof offered the best security and safety.


So aside from the building structure (masonry or reinforced concrete being the strongest), added firing platforms and loop holes to mitigate blind spots and defilades, and log spikes, the best way of securing and isolating our fortress from Zombie breaches IMHO was to locate our building entries to the second floor. I’ve put in stairs because my clumsiness was a common occurrence (read: constant breaking of my legs!!!) on vertical ladders during my panicked rush to get inside.